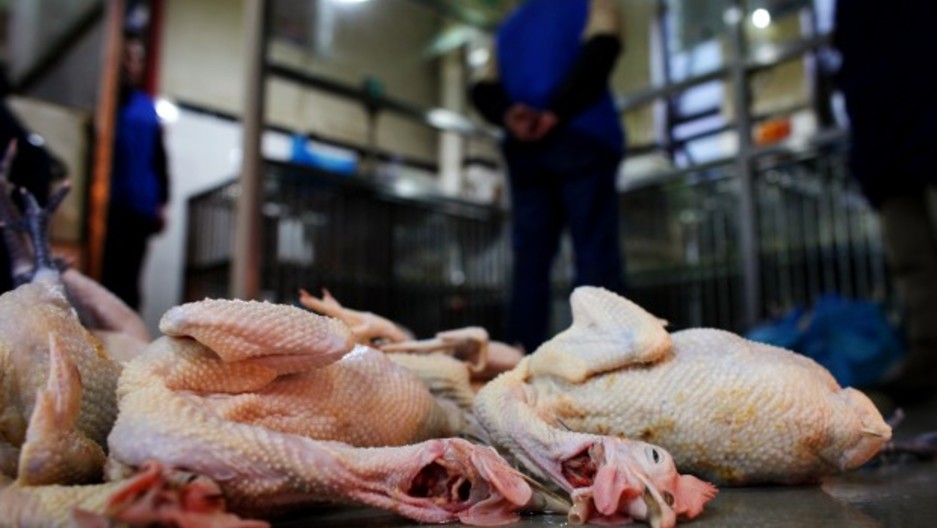 Chickens are pictured on the floor of a food market in downtown Shanghai, April 5, 2013. Chinese authorities slaughtered over 20,000 birds at a poultry market in Shanghai on Friday as the death toll from a new strain of bird flu mounted to six, spreading concern overseas and sparking a sell-off in airline shares in Europe and Hong Kong. All the 14 reported infections from the H7N9 bird flu strain have been in eastern China and at least four of the dead are in Shanghai. REUTERS/Carlos Barria (CHINA - Tags: HEALTH ANIMALS) - RTXY9B3

Share
As of early Friday six deaths and 14 cases of a strain of avian flu known as H7N9 have been reported in Shanghai. The Chinese government has announced they are on a nationwide alert. Over 20,000 birds have been slaughtered and the Shanghai poultry market will be temporarily closed as of Saturday. Anchor Marco Werman talks with The World's China correspondent Mary Kay Magistad about reaction to the threat of avian flu in China.