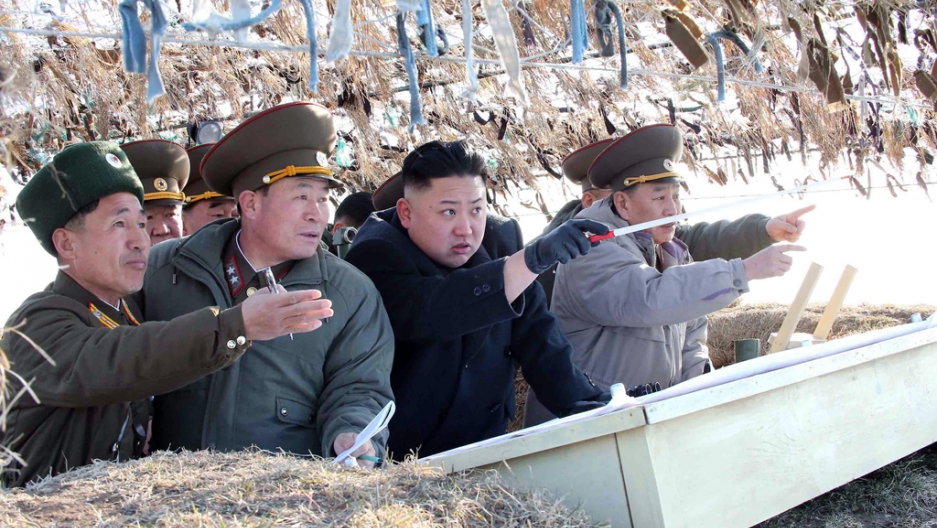 The North Korean army said it has final approval to launch "merciless" military strikes against the United States, including the use of nuclear weapons.

In a statement published by the North's official KCNA news agency, the General Staff of the Korean People's Army said the United States had been formally informed that its "reckless nuclear threat" would be "smashed by strong will of all the united service personnel... and cutting-edge smaller, lighter and diversified nuclear strike means," according to Reuters.

"The moment of explosion is approaching fast," the statement reads, warning that war could break out "today or tomorrow."

"The merciless operation of our revolutionary armed forces in this regard has been finally examined and ratified," it read.

According to South Korean news agency Yonhap, the statement also said the North would "take a series of strong, actual military countermeasures as the Supreme Command solemnly declared at home and abroad."

US Defense Secretary Chuck Hagel said on Wednesday that the hermit kingdom's threats presented a "real and clear danger" to the United States and its allies, South Korea and Japan.

The Pentagon confirmed earlier on Wednesday that an advanced ballistic missile defense system was being sent to Guam to protect US interests as a precaution against North Korea's threats.

Also on Wednesday, the North barred South Korean workers from the joint Kaesong industrial park. Earlier in the week, Pyongyang said it was restarting the Yongbyon nuclear reactor to step up production of nuclear weapons materials.

The North has condemned the US deployment of advanced weapons such as B-52 and B-2 bombers, F-22 fighters, and a nuclear-powered submarine and destroyer to the Korean Peninsula for annual joint military drills with the South, Yonhap noted.

The BBC noted that regional media in particular is downplaying the possibility of a war breaking out. Korea expert Huang Youfu said in the China Daily, "The chances are slim that Pyongyang will launch an attack against the US... North Korea's threats are intended as bargaining chips with the US, and have had little effect. The North has to realize that what it has done cannot be the solution."

South Korea's Choson Ilbo wrote, "The US has put on a massive show of force in recent joint exercises with South Korea, but Seoul and Washington are more than willing to talk to North Korea and provide economic aid if it abandons its nuclear ambitions. If the North really wants to develop its economy, the path it must take is clear."