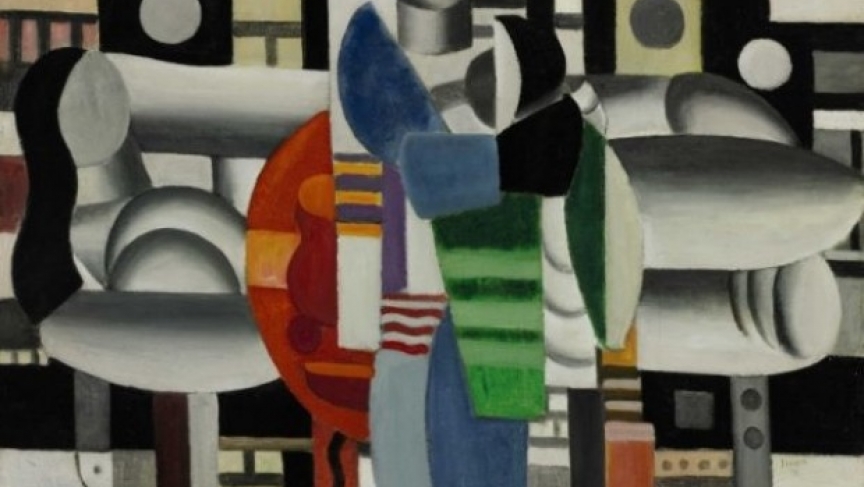 "Three Women at the Red Table" by Fernand Leger to be auctioned by Sotheby's in May (Photo: Sotheby's)

Share
A pop diva helps us kick off our Geo Quiz. Madonna has just announced plans to auction off a masterpiece painting she owns. She says she's doing it to raise money to support girls' education in Afghanistan, Pakistan, and elsewhere. The cubist painting is called "Three Women at the Red Table." The cubist work is by French abstract painter Fernand Léger. And when he painted it – back in 1921 – Léger was living in a Paris neighborhood on the left bank of the Seine. Can you name it? It's where many Americans flocked after World War I, to be part of the artistic scene there. And its name comes from a mountain where – according to Greek mythology – the nine Greek goddesses known as the "Muses" lived. The Parisian neighborhood on the left bank of the Seine where Léger lived during the 1920"²s is Montparnasse. The World's Adeline Sire shares a couple of her father's memories of the French abstract painter Fernand Léger and the other art world luminaries who used to hang out in Montparnasse. "Fernand Leger means a lot to me, because my father who is an artist, studied with him right after World War II, in the late 1940s in Paris. In fact, my father met Léger for the first time at his studio in the Montparnasse neighborhood of Paris. Leger had lived there since about 1909 and Montparnasse was in those days home to many great artists like Chagall, Picasso, Braque, Juan Gris, and others. At the time, abstraction was the thing in art, and Léger was a foremost abstract painter. Now this 1921 painting "Three Women a the Red Table," my father says it's interesting because it sort of marks the end of geometric abstraction, when human figures begin to reappear. And you can distinguish female bodies around a table in that painting. My dad saw his revered teacher Fernand Léger for the last time in the early 50s, not long before Léger died. When my father told him that he had stuck with painting, Léger said to him "Well I hope it's not abstract painting. Because we invented abstraction and it's dead." As for Montparnasse, it's still alive, the iconic restaurant La Coupole still stands, many artists spent time there, painters but also writers such as Hemingway, Henri Miller, Anais Nin. It was really the artist and writers' hangout for many years. But don't look for a nice loft or artist's studio there because it's not Bohemian territory anymore and those private cobblestone alleys covered with ivy only go to high bidders these days. In fact the kind that may be bidding for "Three Women at the Red Table" when it comes up for auction. Oh and one more thing, Montparnasse, you may have guessed, is the answer to today's geo quiz."