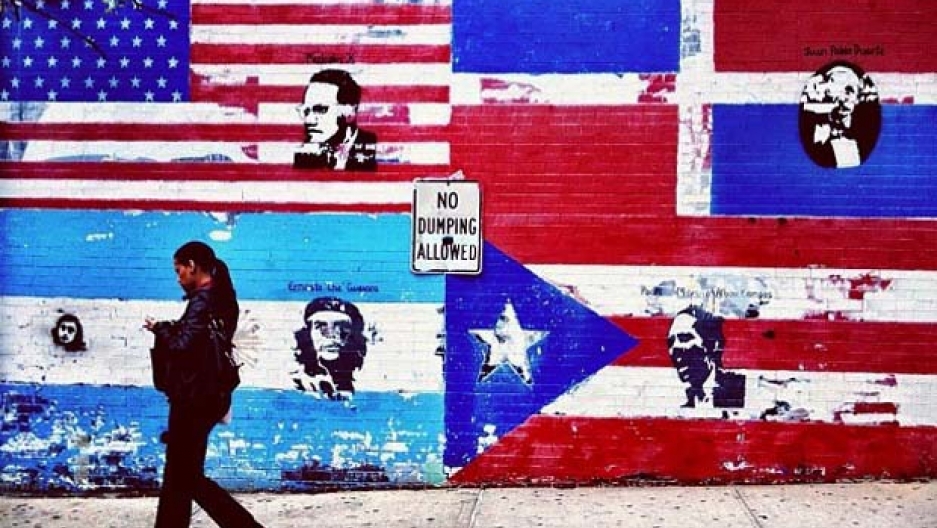 If you take the subway to the northern tip of Manhattan, you'll find yourself in Washington Heights, a largely Dominican neighborhood.

Poverty is worse here than in most areas of New York, but “there are certain health indicators here that suggest that Washington Heights is doing better than other neighborhoods,” says Columbia University public health researcher Anna Abraido-Lanza.

Deaths from cancer and heart disease are lower in Washington Heights than in New York City overall. Infant mortality is also lower here.

People in Washington Heights are not healthy in all regards, but researchers have discovered here what they have found in other Latino neighborhoods in the US: There seems to be something about living in a largely Latino area that is at least partly helpful for health.

Some scientists call this phenomenon the “barrio advantage.”

“There's increasing evidence that neighborhoods do really matter in terms of the health of residents,” says Abraido-Lanza.

But what is it about Latino neighborhoods that might improve people's health? Scientists have proposed a lot of answers.

One likely explanation is access to traditional Latino foods, which may be more healthful than processed American food.

Another common explanation is that, in Latino neighborhoods, extended family members often live close to each other.

"If you have a wide circle of friends and family all around you, somebody out of those people will know where to get free healthcare or who the best doctor is,” says Columbia University epidemiology Ph.D. student Kimberly Alvarez.

But new research suggests there may be something else going on. Social aspects of these neighborhoods might actually cause biological changes in the body.

You might think that living in a neighborhood that is lower on the socioeconomic scale—like Washington Heights—would be harmful to health.

Indeed, studies have linked lower socioeconomic status with higher levels of stress, and stress can be hard on your body. It can tax the immune system, and make you more susceptible to colds, for instance.

But there is a twist.

Scientists at UC Berkeley recently found that how you feel about your social status could matter more than where you sit in the social hierarchy.

Berkeley psychologist Rodolfo Mendoza-Denton alludes to the character Porgy in the opera Porgy and Bess, who famously sings, “I’ve got plenty of nothing, and nothing’s plenty for me.”

“The basic idea is that that character is poor and recognizes that,” says Mendoza-Denton, “but [Porgy] is protected by the fact that he's okay with that.”

And that is what Mendoza-Denton found in his study. People who felt better about their place on the social ladder showed better signs of immune system health.

He reasons that Latinos might gain this benefit if they live in a Latino neighborhood.

“Ethnic enclaves, in particular, have features that are unique,” he says. “You get people who are experiencing some of the same troubles and issues that you are.” Your struggles might feel more normal, so you are less worried about your social status and suffer less stress as a result.

Amodio conducted a study of black and Latina women. He found that those who felt more discriminated against showed greater biological signs of stress.

But he made an interesting second discovery. Women who felt more pride in their race or ethnicity had a health bonus.

“They showed higher levels of a hormone that's known to promote resilience,” he explains. “It actually helps to promote cell growth and cell repair.”

So living in a place that encourages a strong ethnic identity might give your health a real boost.

Back in Washington Heights, where you see Dominican flags in windows and hear Latin American music playing in the subway station, could this pride be part of why the neighborhood experiences better-than-average health?

Columbia University’s Anna Abraido-Lanza says maybe. But, she warns, as exciting as these new studies are, the conclusions are very preliminary.

“We really a lot more work in this area,” she says. “It's not been looked at very extensively.”

She hopes that once researchers do figure out what is bolstering the health of people in Latino neighborhoods, they will use those findings to improve health in other communities.