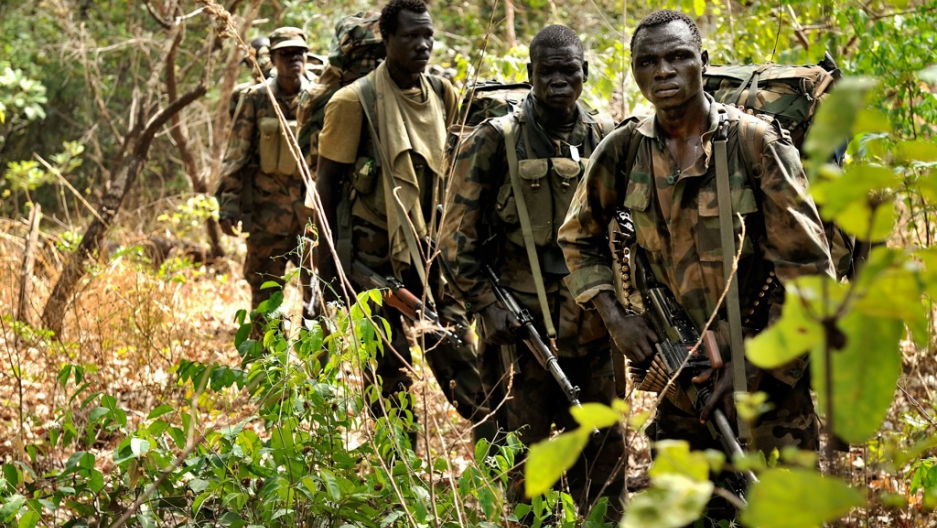 The hunt for fugitive warlord Joseph Kony has been suspended, a Ugandan military official said Wednesday.

Rebels who seized control of the Central African Republic last month are not cooperating in the hunt for Kony, the leader of the Lord's Resistance Army (LRA), said Uganda’s army chief General Aronda Nyakairima.

“We put a halt to operations until we consult,” Nyakairima said. “We’re still there and we are going nowhere until we have consulted. We’re officially there under the African Union."

Some 5,000 African troops - and about 100 US military advisers - were searching for Kony and his LRA soldiers when Michel Djotodia took control of the Central African government and named himself president and defense minister.

“These rebels have been openly hostile to us and following that, the president (of Uganda, Yoweri Museveni) has ordered us only to be in defensive positions,” said Dick Olum, head of Ugandan troops.

"So we've temporarily suspended offensive operations against the LRA for now until we receive further orders," Olum told Reuters.

It's thought that Kony is hiding somewhere on the Central African border near South Soudan and the Democratic Republic of Congo.

Kasper Agger, a researcher for the Enough Project, said that if African troops left it would be a “catastrophe for civilians in the Central African Republic."

The Enough Project said on its website early Wednesday:

"If the joint operations are closed down now, it will be almost impossible to reboot when – not if – Kony’s forces regain momentum. Rest assured the LRA will rise again if the Ugandan-US mission is withdrawn.”