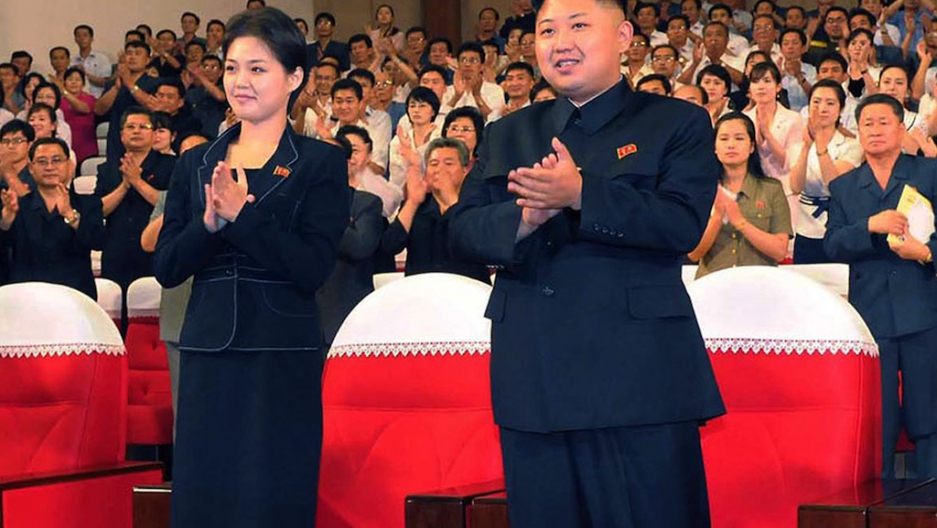 Editor's Note: Nicholas Burns is GlobalPost's senior foreign affairs columnist. He writes a bi-monthly column on the international issues that shape our world.

CAMBRIDGE, Mass. — Back in 2000, when the unpredictable and seemingly maniacal North Korean leader Kim Jong Il was threatening general mayhem in Asia, the Economist magazine ran one of its most iconic covers. There was Kim waving blankly under the clever and very apt title, “Greetings Earthlings."

Is there a more bizarre and frightening figure in the world today than North Korea’s young, impetuous and untested leader? Still new to power, Kim has managed to insult nearly all of his neighbors, threatening in one memorable week to teach the new South Korean government a lesson and to incinerate Manhattan.

He unilaterally declared the 1953 Korean Armistice to be null and void, vowed to re-open the shuttered Yongbyon Nuclear plant and shut down all communications with Seoul. Is his newly declared state of war a precursor to the real thing? Or, like his father before him, is he merely bluffing to get the attention of a world fixated on Syria and the burning Middle East?

If this were Hollywood, it might make for a fairly surreal story. But, unfortunately for the 7 billion of us outside of the closed kingdom of North Korea, it is all too real.

While it is probable the worst will not happen and war will not break out on the strategic Korean Peninsula, it is still necessary to make sense of what Kim is up to and where he might be heading.

Here are five thoughts on how we might understand the politics and future trajectory of the latest crisis involving North Korea:

First, President Obama has handled Kim’s undiplomatic outbursts effectively. He rightly ignored Kim’s combustible statements and focused instead on demonstrating US resolve and power. By ordering F-22s to reinforce American ground forces south of the Demilitarized Zone and two B-52s to conduct a mock bombing raid last week, Obama sent the only message that the reclusive Kim could not fail to understand — we are a superior and vastly more sophisticated power so stay in your lane. Obama’s warning will very likely work but expect Kim’s verbal fisticuffs to continue.

Second, this crisis also illuminates China’s failed strategy to alternately coddle, collude and constrain the North Koreans. Following the North Korean nuclear test in the autumn of 2006, I was sent to Beijing by Secretary of State Condoleezza Rice to remonstrate with China about the North’s objectionable behavior. I was struck then, as I am now, by the Chinese leadership’s seeming laconic indifference to Pyongyang’s pernicious actions. China deserves some credit for supporting the most recent UN Security Council resolution condemning North Korea but appears either unable or unwilling to control its worst excesses. A China ineffective and even confused by a weak and petulant Kim Jong Un is clearly not yet ready to lead globally in its vaunted rise to power.

Third, if China’s failure on North Korea is obvious, so is our own. While Obama has countered Kim capably in this latest crisis, the US is losing the long-run battle. North Korea has violated every agreement it signed with presidents Clinton and Bush. Its leaders have pocketed our concessions and brazenly done the one thing we insisted they not do — create a nuclear weapons force in the heart of Asia. The US and China will need to go back to the drawing board in a world where power is more diffuse and the powerful cannot find a way to control an irresponsible rogue state like North Korea.

Fourth, there is also a larger lesson here that many have raised in the public debate over North Korea. Kim’s latest threats remind us Obama has been right to make nuclear non-proliferation a top priority first in the Senate and now in the White House. Lethal technologies combined with evil intent are the greatest threat to international peace and security. It is one more reason why the administration is well within its rights to deny Iran, by negotiation or force, a nuclear weapon.

Finally, Kim’s rhetorical pyrotechnics and outrageous threats reveal once again the true nature of his mafia-like ruling family. Who in their right mind threatens a nuclear holocaust? His family has impoverished their country, left its cupboards bare and produced no real achievement in six decades of brutal, Stalinist tyranny except for the army and its nuclear weapons. Our only solace is in the universal truth about dictators and dictatorships — they eventually fall from power, driven out by their own people. That will likely be Kim’s fate. We just don’t know how and when. In the meantime, we are left with the task of resisting, containing and eventually defeating the worst impulses of this young and irresponsible leader. Sic Semper Tyrannis.

Nicholas Burns, GlobalPost senior foreign affairs columnist, is professor of the practice of diplomacy and international politics at the Harvard Kennedy School of Government. He is faculty chair of the school’s Middle East Initiative, India & South Asia Program, and is director of the Future of Diplomacy Project. He served in the United States Foreign Service for 27 years until his retirement in April 2008. Burns was Under Secretary of State for Political Affairs from 2005 to 2008. Prior to that, he was Ambassador to NATO (2001-2005), Ambassador to Greece (1997-2001), and State Department Spokesman (1995-1997). Follow him on Twitter @rnicholasburns.