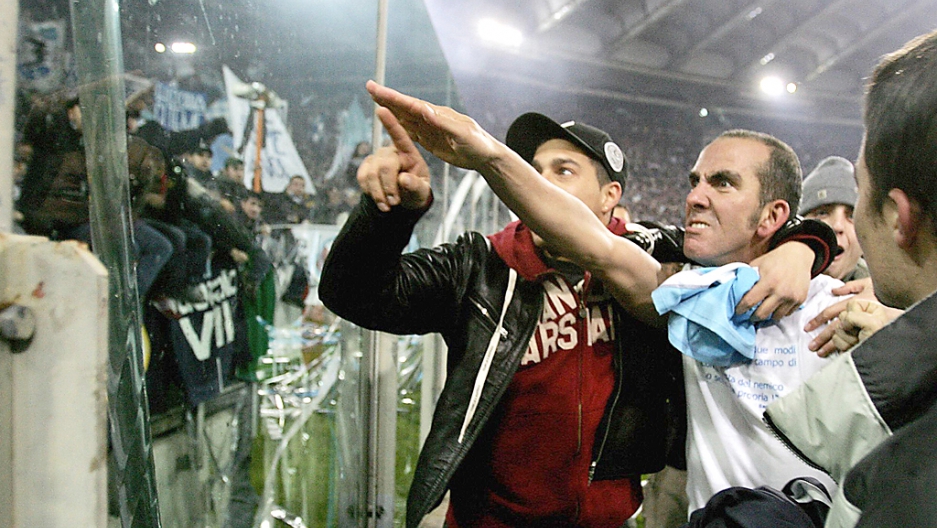 Paolo Di Canio and his new employer, Sunderland Athletic, are nothing if not masters of contradiction.

The English Premier League soccer team is taking flak from all sides after appointing Di Canio its new manager on Sunday.

The quote “I’m a fascist, but not a racist” is attached to Di Canio, 44, rather like birthday cake on a toddler — smeared from head to toe.

Therein lies the first mind-bending conundrum of this story.

Separating fascism and racism is best left to the academics; that there is a discernable difference is probably a detail lost on the rest of us.

At least, we might all agree they’re both bad.

Yet, in 2005 while playing for Lazio in Italy, Di Canio defended himself for saluting the often right-leaning Lazio crowd with straight arm extended, reminding most who witnessed it of Nazi Germany, circa 1939.

In his autobiography, Di Canio cast his fascist beliefs as stemming from a love of Italian strongman Benito Mussolini. Di Canio suggested the disposed dictator was “deeply misunderstood.”

Apparently, Di Canio claimed, there was subtext to Mussolini allying Italy with the Nazis during the Second World War.

All this from a team that wears “Invest in Africa” on its jerseys.

However, the dichotomy doesn’t end there.

The manager is the same man who won the FIFA Fair Play Award in 2001 for protecting a fallen goalkeeper.

While with West Ham, Di Canio found himself alone with the chance to score in a 1-1 game against Everton.

But Di Canio caught the ball instead of scoring as goalie Paul Gerrard writhed on the ground from the pain of a dislocated kneecap.

“I was genuinely injured and Paolo realized that,” Gerrard said then. “He has a reputation as a controversial character, but I owe him a thank-you for what he did.”

“I wish Sunderland AFC all success in the future,” Miliband said on his website. “However, in the light of the new manager’s past political statements, I think it right to step down.”

For his part, Di Canio is trying to move forward, and bring success to the proud northern England franchise.

“I believe in my pillars and I have values,” he said on the team’s website. “What offends me more than anything is not because they touch me; they touch what my parents gave to me; the values they gave to me. This is not acceptable.

“What I can say is that if someone is hurt, I am sorry. But this didn’t come from me, it came from a big story that people put out in a different way to what it was.”