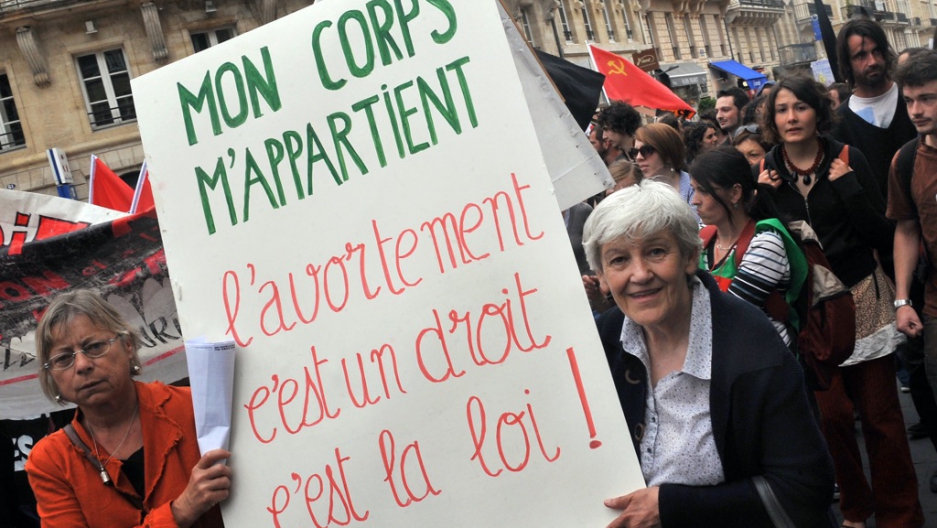 Women hold a placard reading "My body belongs to me, abortion is a right, it's the law" during a pro-abortion rally on May 29, 2010, in Bordeaux, southwest France.
Credit: PIERRE ANDRIEU
Share

In France, any woman who chooses to can have an abortion for free.

Previously only girls under 18 could claim the full cost back from social security, while older women would receive between 70 and 80 percent.

The new provision, introduced as one of Socialist President François Hollande's campaign promises in early 2012 and approved in October, is part of a drive to bolster women's reproductive rights.

The reform is designed to help remove the barriers that continue to prevent women exercising their "fundamental right" to decide what happens to their bodies, said Health Minister Marisol Touraine.

More from GlobalPost: Where's the world's worst place for abortions?

The legislation also makes contraception free for 15- to 18-year-olds, who previously had to pay 35 percent of the costs.

At the same time it doubles the social security fee paid to hospitals and clinics that provide abortions, in a bid to encourage more facilities to offer the procedure.

More than 220,000 abortions are performed in France per year, most of them on women aged between 20 and 24.

Family planning activists welcomed the change, but called for extra provisions to make it easier for women to obtain abortions anonymously.

Other campaigners criticized the decision to pay for abortions rather than contraception for adult women, arguing that the state should focus on preventing rather than terminating unwanted pregnancies.