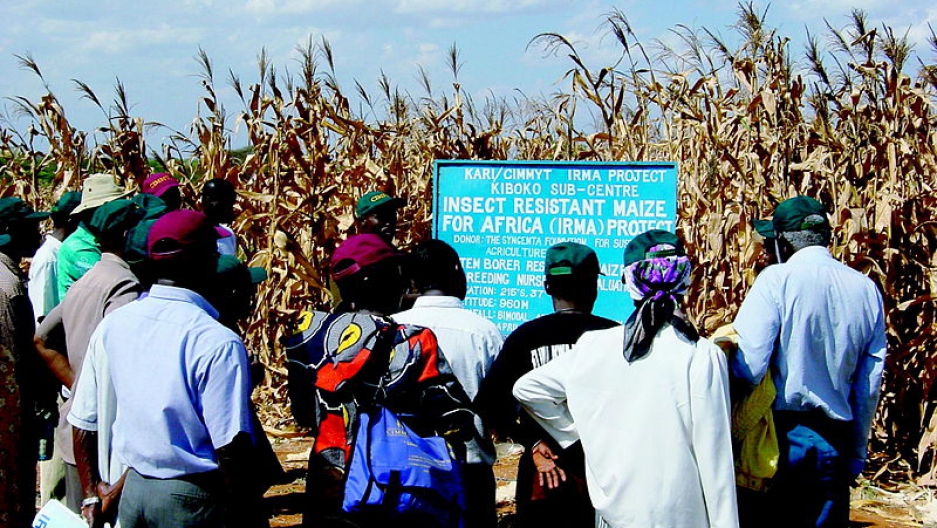 A bill that was approved in Congress recently, to avert a government shutdown, contained a little-seen provision that prohibits the federal courts from halting the sale or distributing of genetically-modified foods, even if they're found to be harmful.

But the provision may not even be constitutional, says U.S. Sen. Jon Tester, a Montana Democrat. Either way, just getting the rider through was a major victory for the big food and big agriculture lobbies.

Tester, a farmer, tried to get the provision stripped from the funding bill, but was unsuccessful.

"If the USDA makes a mistake when it issues a permit to plant a genetically modified crop, they can’t go back and pull that crop out of the ecosystem, out of our land," he said. "If a court finds that, in this case the USDA, a federal agency, finds this crop is bad, is harmful, the USDA, because of this rider, is required not to comply with that court ruling."

And that, he says, likely makes the rider unconstitutional. But Tester also objected to the way the rider was thrown into the budget bill without discussion.

"The continuing resolution was pretty darn important. It kept the government running. I don’t think anyone wanted to see a government shutdown," he said. "We were told if this provision was pulled out, the House would not pass it, that the government would shut down."

To date, no individual lawmaker has claimed authorship of this particular bill. Tester says its not good government, the way this was handled.

"It doesn’t give people the opportunity to have their voices heard and at least have a vote on issues. I mean, I would have loved to have had a vote on my amendment to pull this stuff out," he siad.

Tester says the bill's not only concerning to him as an individual with a family history of working the land, but because it disrespects the system of checks and balances that exists within the government.

Just how long this addendum will be the law of the land is hotly debated. Opponents say it will expire at the end of September, when the budget continuing resolution expires. Proponents, though, say it will last longer than that.

Food and agricultural biotech companies have spent more than half a billion dollars lobbying over the past decade to get this bill passed.

Tester says he believes some of that money went to trying to keep him from winning election, though he can't prove it because much of the money is spent in a way that's not reporter.

An organic farmer, Tester is generally suspicious of the effort to influence so fundamentally where food comes from.

"Mother Nature is a great thing," he said. "She’s given us so many things to feed people with. And when man steps in and thinks we’re smarter than Mother Nature, I have never found that to be the truth."