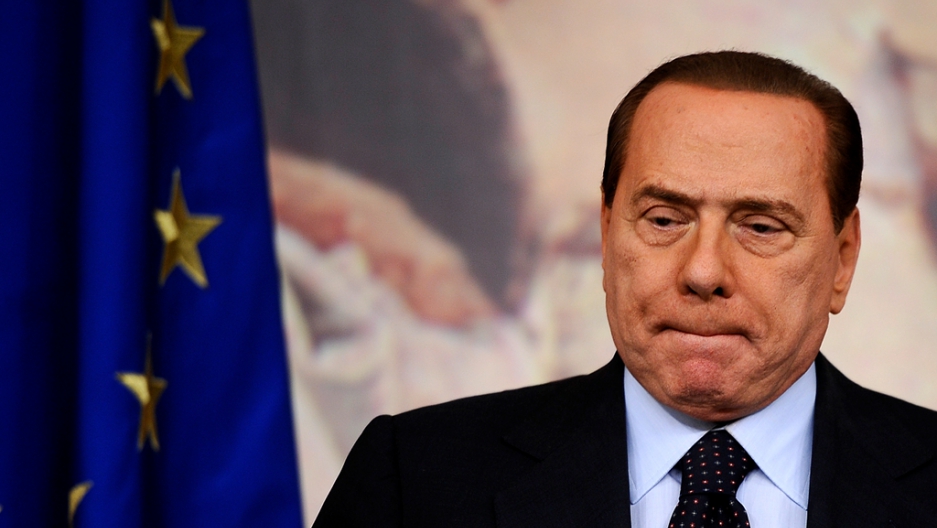 PRETORIA, South Africa — As Italians anxiously await the result of negotiations over the formation of a new government, Silvio Berlusconi’s shadow continues to loom large over Italian politics.

After he resigned from premiership in November 2011, amid market turmoil and pressures from European Union circles, Berlusconi’s political decline seemed inevitable. And yet, in February 2013 his center-right coalition trailed the center-left by less than 1 percent of total votes. His formation is one of the “three minorities in parliament,” alongside the center-left and the anti-establishment Five Star Movement.

The current electoral system, introduced by Berlusconi’s government in 2005, makes it virtually impossible for the winning coalition to secure a clear majority in parliament. As a result, the center-left does not have the numbers to form a stable government.

During the electoral campaign, Berlusconi’s distinctive mix of charm and propaganda proved crucial in winning the hearts of millions of Italians. He offered an interpretation of current events that appealed to people’s everyday concerns and their desires for change.

His resignation from premiership became a ploy by international financial circles and EU technocrats against the Italian people, nothing less than an affront to national sovereignty and a takeover of political power through undemocratic means.

Prime Minister Mario Monti, before his unexpected resignation last December, brought higher taxes and even less employment. Riding the wave of widespread anti-European sentiments, the tycoon rebranded himself as the enemy of European technocracy. He was now adamantly fighting to restore national pride and bring back economic prosperity. He miraculously managed to present himself both as a potential prime minister of a mainstream government and as an anti-establishment agent provocateur.

Despite Berlusconi’s regained prominence in the political arena, his problems with the justice system are still haunting him. Several convictions in the 1990s were cleared by higher courts or expired under the statute of limitations.

He is now facing two major trials. A trial for tax fraud is in its second degree of adjudication in the appeals court. Here Berlusconi hopes to get overturned a first-degree sentence, which carries four years in prison, and a five-year ban on holding public office. In another trial expected to end soon, he is accused of having sex with an underage prostitute and malfeasance in office. If convicted, he could face up to 15 years in prison.

While the majority of Italians are critical of Berlusconi’s questionable conduct in private and public affairs, there are others who see him as a victim of judiciary persecution. Why are all these court cases “converging” on Berlusconi? Is Berlusconi the only one to blame for Italy’s endemic corruption?

According to the ex-premier, a select group of judges is abusing the law and advocates the right to undemocratically decide who is and who is not fit for office. His arguments are supported by many ordinary citizens who are weary of the notoriously slow and inefficient judicial system.

There is a real chance that at least one of these trials might produce a final verdict in the next months, possibly banning Berlusconi from public office, or even sending him to jail.

He is already preparing himself. In a bold move, on March 11 People of Freedom parliamentarians stormed the Milan courthouse where Berlusconi is on trial for sex offences. It was a way to express anger at the judiciary attacks against the former premier and to show loyalty to their leader. In a recent public demonstration in Rome, the billionaire rallied thousands of supporters to defend “freedom and justice” from the attacks of “dangerous judges” involved in a subversive scheme to overthrow democracy. He also warned that the center-left needed his support to rescue Italy from economic recession and the sovereign debt crisis. The message is clear.

Berlusconi will do everything he can to obstruct the normal workings of Italian democracy unless the legal threat against him is lifted. Some of his party cadres speculate that it would be better for the center-right to go to elections soon, rather than taking the risk to run later next year with their leader in prison or banned from public office. At the same time, important sectors of Italian society call for legislation to regulate conflicts of interests and prevent Berlusconi from participating in politics.

The problem rests at the heart of the Italian anomaly. A working democracy needs effective measures to prevent the dangerous collusion of political power and business interests.

It should also ensure the fair and indiscriminate application of the rule of law for all citizens. Yet, the “forcible removal” of the leader of the second-most-voted political formation would produce major destabilizing effects in a delicate phase already characterized by uncertainty and instability.

The complexity of this historical moment does not allow for easy predictions. We can be sure of one thing though: Silvio Berlusconi will not go down without a fight. The consequences might be felt far beyond the border of Italy.

Vito Laterza is a postdoctoral fellow in the Human Economy Program at the University of Pretoria in South Africa. His research focuses on political, economic and socio-cultural issues in Africa and the West, from a global geopolitical perspective. He tweets @vitolaterza09.