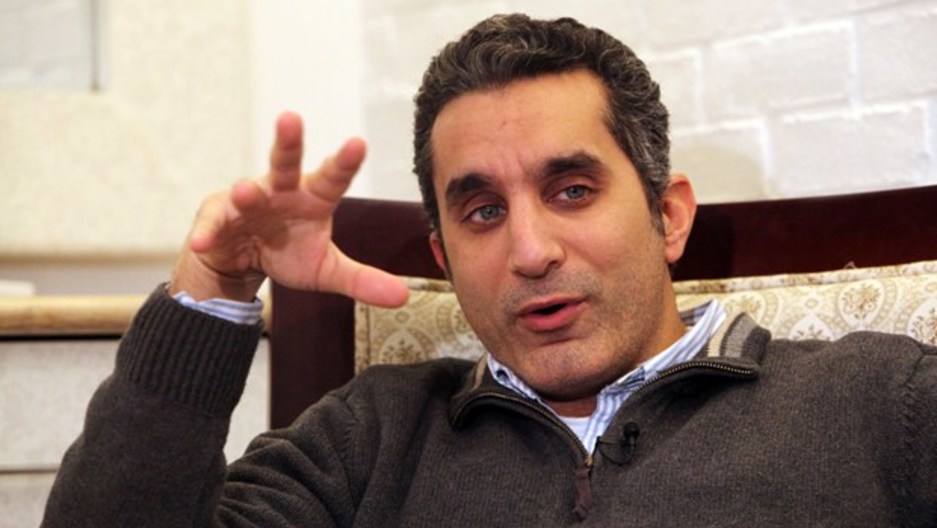 In the early days of American democracy, you could always count on Benjamin Franklin for a good political joke to put things into perspective. In the early days of Egypt's democracy, you've got Bassem Youssef. He's been called the "Egyptian Jon Stewart." The former heart surgeon, shot to fame during Egypt's revolution in 2011 after he posted videos on YouTube lampooning political figures. And those videos paved the way for a TV show with millions of viewers. But over the weekend Bassem Youssef saw what happens when he thinks he's funny, but the Egyptian government does not. A warrant was issued, and Youssef was questioned by authorities for a few hours before being released on bail. The comedian allegedly insulted Islam and President Mohammed Morsi. "I don't have any personal vendettas against anyone," Youssef responded. "On the contrary it would be an honor for me to host any of those I criticize on my show it would be a success for myself and also a success for freedom of thought and expression as it would send a message to the people that they, the Muslim Brotherhood, are in power. They accept criticism and that once they leave the show I would still criticize them. This happens all over the world so why can't it be for us?" That is a key question, not just in Egypt, but also in other Arab Spring countries — like Tunisia and Libya — where revolutions have toppled long-standing rulers. Michael Wahid Hanna, a fellow at The Century Foundation, says "Egypt is perhaps unique in the proliferation of legal measures that are very clearly aimed at stifling speech, expression and dissent."