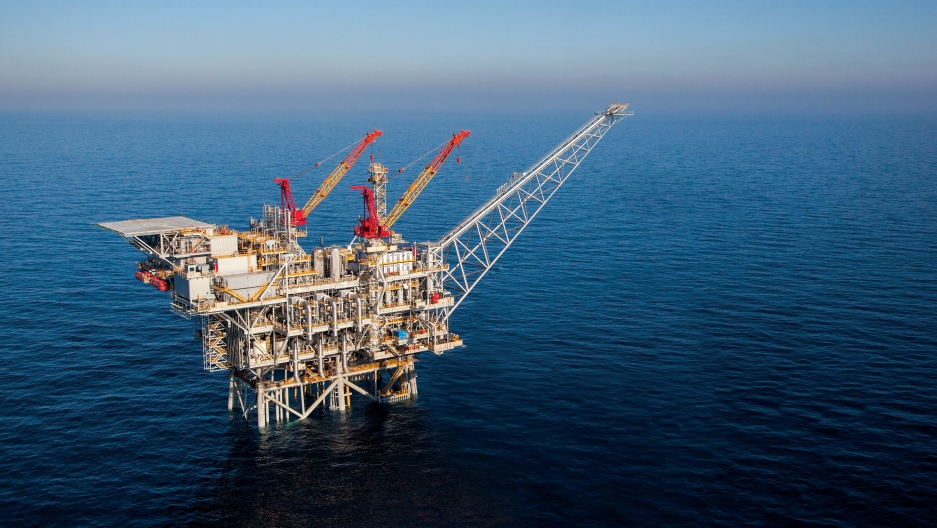 The Tamar drilling natural gas production platform is seen some 25 kilometers West of the Ashkelon shore on March 28, 2013 in Israel.
Credit: Handout
Share

The natural gas in the Levant basin that is shared between Israel, Cyprus and Lebanon was discovered in 2009.

The field is expected to yield decades worth of natural gas for the tiny Mediterranean country.

It has an estimated 10 trillion cubic feet of gas.

"Today [we begin] independence in Israeli natural gas. It is an enormous achievement for the Israeli economy and the start of a new era," said Yitzhak Tshuva, the top shareholder in Delek Group, one of the partners in Tamar.

The field is also expected to move Israel towards energy independence after relying heavily on imported oil over the years.

Gas will now travel 24 hours from the offshore site to coastal Israel about 50 miles away.

US-based Noble energy owns 36 percent of the shares in Tamar.

Israel's Prime Minister Benjamin Netanyahu said that the move was an important move in protecting the country's energy needs.

"We are taking an important step towards independence in the energy sector. In the past decade we have promoted Israel's gas sector and this will enhance Israel's economy and benefit all the country's citizens," he said.