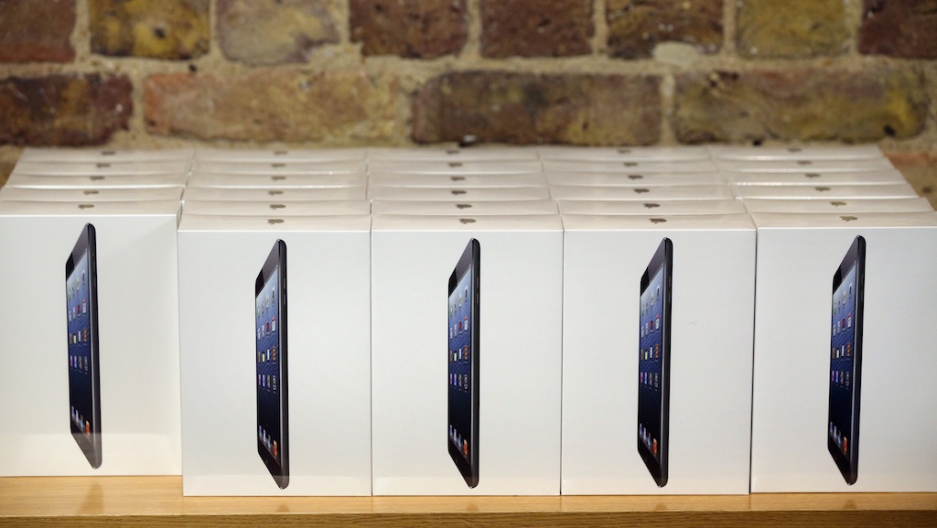 Boxes of the new 'iPad mini' on the morning of the tablet's launch in the Apple Store in Covent Garden on Nov. 2, 2012 in London, England. Customers queued outside Apple Stores around the world to be the first to purchase the new, smaller iPad tablet computer.
Credit: Oli Scarff
Share

The US Patent and Trademark Office says Apple Inc. can’t trademark “iPad Mini” because the name of the company’s newest tablet “merely describes a feature or characteristic of applicant's goods.”

A trademark allows a company to prevent anyone else from using the brand name.

The trademark application reviewer noted that the term "mini" is widely used to describe the small size of handheld digital devices, CNET reported.

"In this case, both the individual components and the composite result [of the name] are descriptive of applicant's goods and do not create a unique, incongruous, or non-descriptive meaning in relation to the goods being small handheld mobile devices comprising tablet computers capable of providing Internet access," the reviewer said in a letter, discovered and reprinted by Patentlyapple.com.

Rejections followed by amended applications are common before companies win trademarks or patents, and Apple is expected to submit a response to the USPTO that addresses the reviewer’s concerns and better makes the case that the name “iPad Mini” has a unique or non-descriptive meaning. Apple has until July 24 to respond to the Patent Office.

More from GlobalPost: China economy: Wild West when it comes to securing trademarks