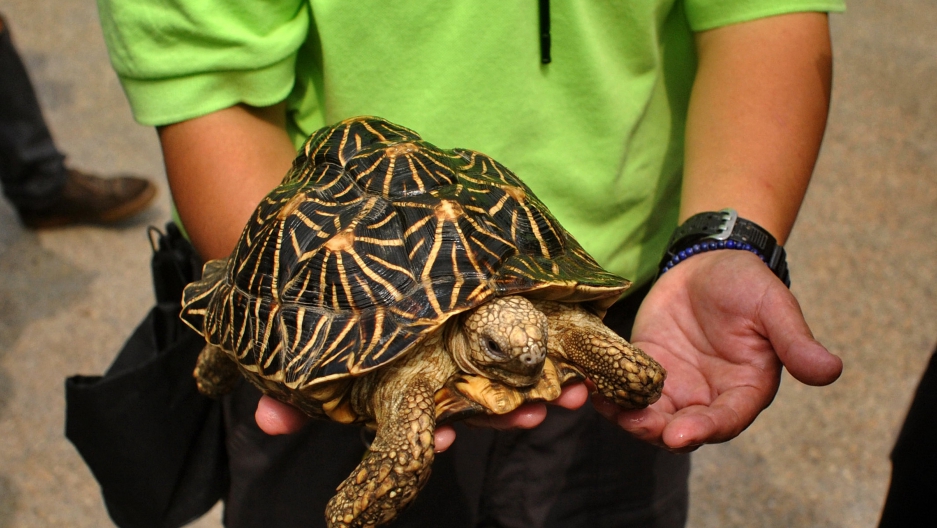 Two people were arrested at Bangkok's airport Saturday after trying to smuggle 10 percent of a rare turtle species into the country.
Credit: Mohd Fyrol
Share

Two smugglers were arrested at Bangkok's international airport after being found with a suitcase full of rare Ploughshare Tortoises.

The smugglers were apparently carrying over 10 percent - 54 in total - of the entire species on them.

There are estimated to be between 200 to 400 of the turtles left.

The man carrying the turtles was returning from Madagascar where the turtles have been declared critically endangered.

The woman from Madagascar, whose bag was being carried by the man, was also charged.

The anti-wildlife smuggling group Traffic said that the turtles seized were some of the rarest in the world.

In a statement after the arrest the group said:

“The criminals behind this shipment of Ploughshare Tortoises have effectively stolen over 10% of the estimated population in the wild."

“We urge authorities to go after the criminal masterminds behind these shipments and break the trade chains that threaten these incredibly rare animals."