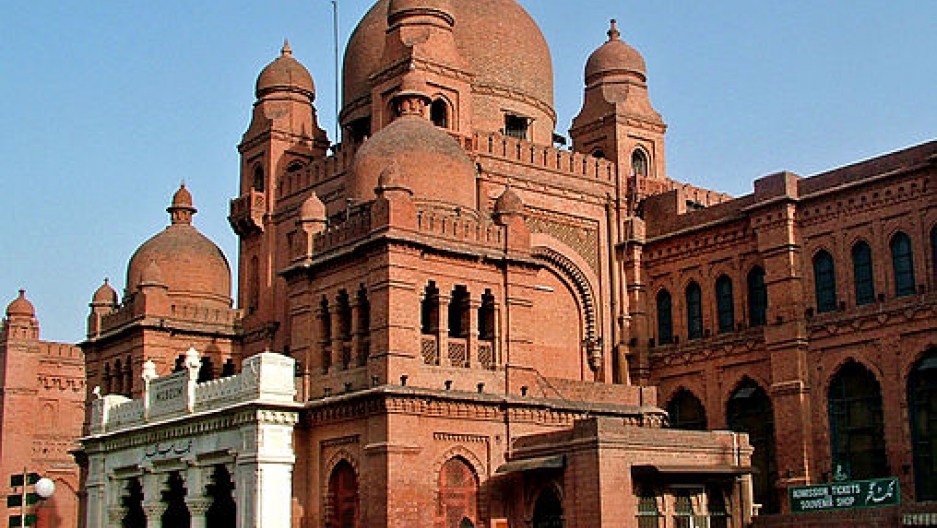 A Guinness World Records judge traveled to Lahore for the Punjab Youth Festival. (Photo by Guilhem Vellut via Wikimedia Commons).

Young people in Pakistan have taken to working together to break world records. In the past year, they have sung their national anthem en masse, formed the largest human flag, and one enterprising gentleman kicked coconuts off the heads of 50 people.

The records are frivolous, but Akbar Ahmed, chair of the Islamic Studies Department at American University and Pakistan's former ambassador to the U.K., says they are more important than they appear. These feats,  he says, are part of an effort to boost national pride in a country torn apart by violence and religious strife.

This month at the annual Punjab Youth Festival in Lahore, organizers from Sports Board Punjab flew in a Guinness World Records judge to monitor and certify the accomplishments of festival participants, including Mohammad Rashid's record for the most coconuts kicked off of other people's heads.

Ahmed says Pakistanis feel that their country’s image has been tarnished by bad news about violence and religious strife, particularly in Western media.

"[Pakistanis] are aware of all the dreadful and violent militants on the borders, the suicide bombers, and so on, and this is a kind of challenge to them that we are going to carry on with our normal lives and not be deterred," Ahmed says.

The records should also be a reminder of the substantial achievements of Pakistanis, including the first Nobel Prize winner and female prime minister in the Muslim world, the first nuclear program, and becoming world champions in cricket, squash and snooker.

"We should be aware that in history Pakistan tends to punch above its weight," he says.

The Washington Post reports that in the past year Pakistan has set 23 world records including the creation of the world's largest sequin mosaic using 325,00 sparkly discs.