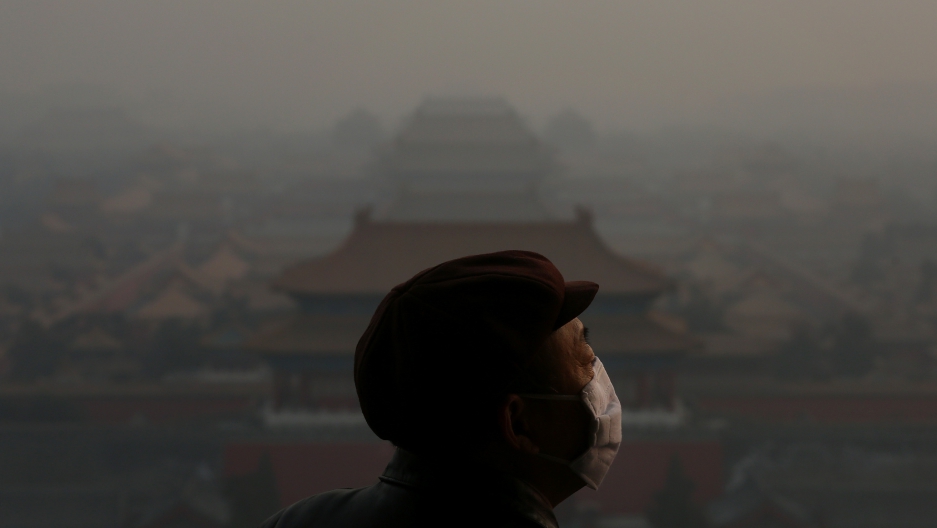 A tourist wearing the mask looks at the Forbidden City as pollution covers the city on Jan. 16, 2013 in Beijing, China.
Credit: Feng Li
Share

China announced Friday its intent to spend about $16 billion by 2015 to help solve Beijing's pollution crisis.

The government said it will build 47 water recycle plants and upgrade 20 sewage plants, as well as curb illegal construction in an attempt to improve air quality, China Daily reported.

"We plan to invest 84.8 billion yuan in sewage and garbage treatment plus 30 billion yuan on forestation over the next three years," said Beijing's mayor Wang Anshun.

For the most part, Beijing's air - and its 20 million residents - have avoided "very unhealthy" and "hazardous" levels in 2013.

That figure, according to The New York Times, "is based on costs arising from pollution and damage to the ecosystem, the price that China is paying for its rapid industrialization."