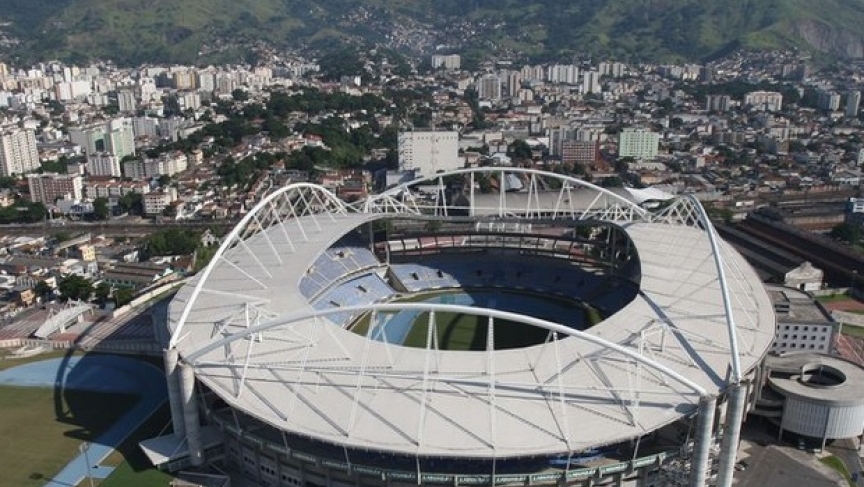 Rio and Brazil are under a lot of pressure to get all the venues ready in time for the Games…and for the soccer World Cup which Brazil is due to host in 2014.

So it was a bit alarming to learn this week that one of Rio's main stadiums, the one that's due to host the Olympic track and field events, was shut down by authorities.

Engineers say the stadium's roof has major structural flaws making it dangerous for the public.

Our question for you is: Can you name this stadium, originally built for the 2007 Panamerican Games?

The answer is the Joao Havilange stadium or Estádio Olímpico João Havelange in Rio de Janeiro.

It's both disruptive to local soccer leagues that are now without two stadiums currently closed for repairs, and it's embarrassing to a country that sees itself as an economic powerhouse.