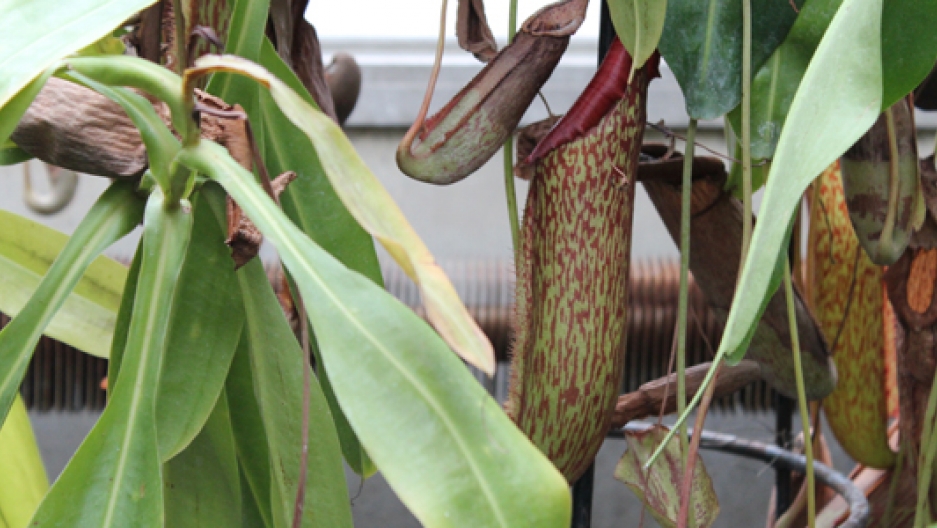 When people say, "It's a jungle out there," they generally mean that the world can be cold and heartless. Yet it turns out that a literal jungle may not be so uncaring after all. A team of Canadian scientists has found that some plants recognize their siblings–and help them. Anna Rothschild of our partner program NOVA reports.

The greenhouse at McMaster University in Hamilton, Ontario, teems with life. Banana trees, bamboo, and cacao (the source of chocolate) fill the lush tropical room.

It's a scene of fierce competition. Leaves, pods, and technicolor flowers sprout in all directions, fighting for the light.

"Our view of nature is sometimes that nature is red in tooth and claw–that every organism is out for itself," says biologist Susan Dudley.

But in her laboratory here, Dudley has shown that nature has a softer side. Even plants can embrace family values.

Dudley and her students have shown that plants can recognize their siblings and give them preferential treatment.

In 2007 they tested a hypothesis: That plants from the same mother would compete less for valuable resources (like root space in the soil) than plants that were strangers. To her amazement, Dudley says, "We found exactly what we predicted."

In other words, the plants seemed to act altruistically toward their relatives.

Now, this doesn't necessarily mean that the plants are being selfless. This altruism is most likely a strategy that evolved to increase the odds that a plant will pass on its genes.

"If your relative does better, then your relative's genes are passed on and you share some of those genes," says Amanda File, one of Dudley's graduate students.

The altruistic behavior the scientists saw in this first study was passive. The plants were not working together; they simply were not being aggressive toward their siblings. So the scientists wondered, was there a situation in which sibling plants would actually cooperate?

To find the answer, Amanda File turned to ragweed.

"Many of us are allergic to it, and it's not very nice to touch because it's very hairy and kind of yucky," File says. But she chose it because, like about 80 percent of land plants, ragweed forms a partnership with something called mycorrhizal fungi.

These are networks of fungi that live in the soil and associate with the roots of many neighboring plants. A plant will provide sugars to the fungus to help it grow. In return, the fungus gives the plant nutrients, water, and in some cases protection from pathogens.

"For a plant to have this fungus associated with the roots kind of gives them super roots," Dudley explains.

But there's a catch. Since multiple plants work together to help the fungus grow, there is an incentive to "cheat." A plant could donate no sugar, which is a costly resource, but still receive nutrients from the fungus.

Dudley and File wondered if plants would be less likely to cheat, and in fact be more generous, in the presence of siblings.

In a recent study, they grew pots of siblings and pots of unrelated plants. They found that plants that were related did, in fact, work together to promote the growth of the helpful fungus. And, in turn, that seemed to benefit the plants.

Dudley says the siblings grown together were healthier overall.

Other labs have made similar findings, but this is still a new and provocative idea, and there are a lot of questions left to answer.

For example, how do plants know who their siblings are? One theory holds that plants detect chemicals emitted by roots, but what those chemicals are and how plants sense them remain unclear.

For Amanda File, this is an exciting new frontier in biology.

"The more that I know about plant behavior, the more I love what I do," she says. "There's just so many cool questions to ask."

The next question she is exploring concerns maternal care in trees. She is studying a species of tropical oak in Taiwan and wants to find out: Do mother trees take better care of their own babies than they do the saplings of others?