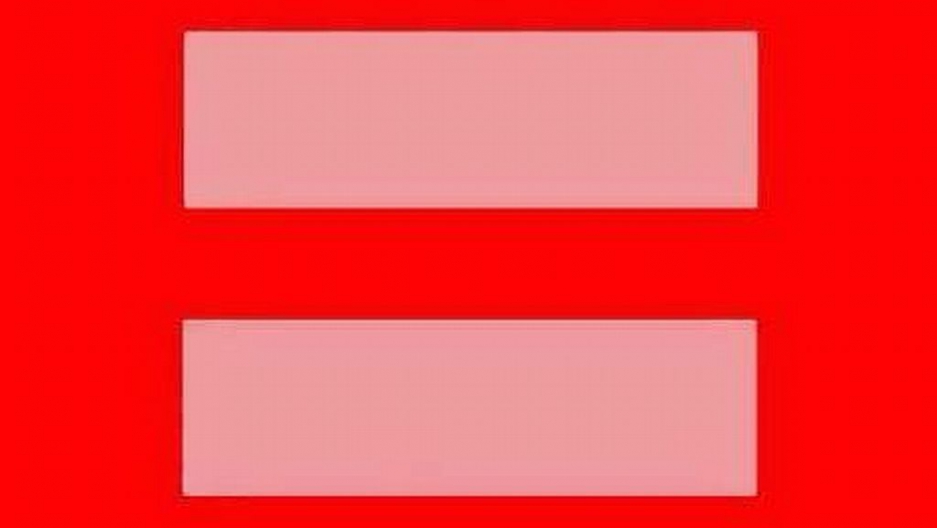 However, the marriage equality advocates' message was heard far beyond the confines of the court's iconic, white marble steps.

Facebook and other social media outlets have been overwhelmed, as marriage equality supporters change their profile pictures to the now famous red and pink equal sign.

A symbol of equality, the photo has attracted hundreds of thousands of likes and shares, and it continues to spread across various social media platforms.

The social campaign launched around 1 p.m. EST Monday afternoon, when The Human Rights Campaign changed its Facebook profile picture from its blue and yellow logo to the current red version.

According to HRC spokesman Charlie Loughin, red "is a symbol for love, and that’s what marriage is all about."

Still, many are questioning the effectiveness of online activism.

This fairly modern display of social support has been not-so-lovingly referred to as slacktivism, a word which ultimately represents the marriage of two words: "Slacker" and "Activism."

The colloquial term is more formally defined by the Oxford dictionary as: actions performed via the Internet in support of a political or social cause but regarded as requiring little time or involvement, e.g., signing an online petition or joining a campaign group on a social media website.

While "slacktivism" certainly seems to carry a negative connotation, others champion slacktivism as a first and vital step toward making real change. They cite social experiments like KONY 2012 as evidence (though Joseph Kony, the notorious head of the Lord's Resistance Army, is still on the loose).

So ultimately, while it seems that the power of social media activism may not necessarily change things on its own, especially with regard to Supreme Court cases which must be decided upon consitutional grounds, it helps spread awareness of issues which might not otherwise find the spotlight.

[View the story "The Human Rights Campaign: Theme and Variations" on Storify]