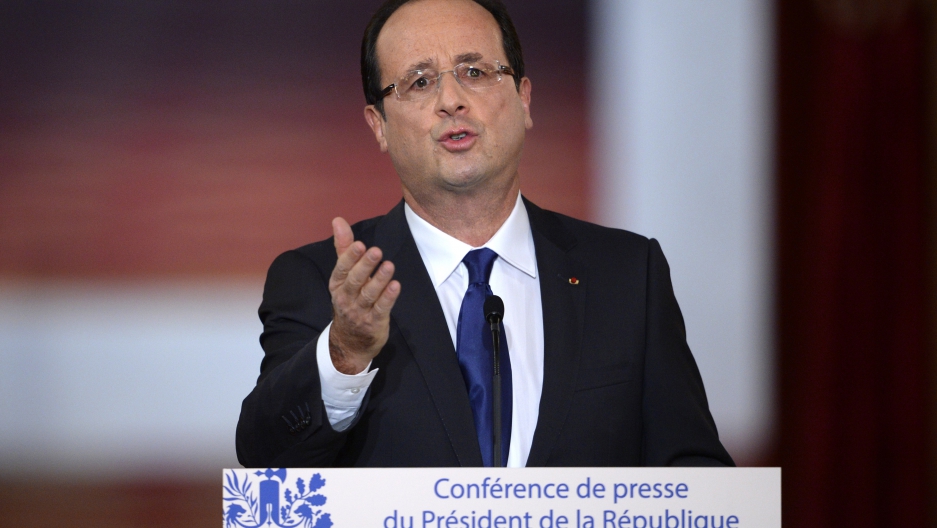 Hollande is under pressure to reshuffle his government.
Credit: MARTIN BUREAU
Share

French President Francois Hollande appears to be fighting for his political life after his popularity rating fell to a fresh record low since he came to power 10 months ago.

According to a poll for the left-wing weekly Le Nouvel Observateur, only 27 percent of respondents said they were satisfied with the Socialist leader, with 68 percent dissatisfied.

The LH2 survey found 15 percent of respondents were satisfied with Hollande’s efforts to tackle rising unemployment, with 81 percent dissatisfied.

Twenty-two percent said they were happy with his efforts to cut public debt.

The poll of 968 people was conducted on Friday and Saturday, and published in the newspaper on Wednesday.

"This assessment ... shows that his May 2012 designation as a 'candidate of change' now leaves people with a feeling they have been deceived, which is amplified for his measures to fight unemployment and reduce the public debt," LH2 was quoted by Reuters as saying.

The reasons for his falling popularity are the ailing economy and his failure to reverse rising unemployment, which is nearing a record high.

Hollande will defend his government’s performance during an appearance on France2 broadcaster on Thursday.