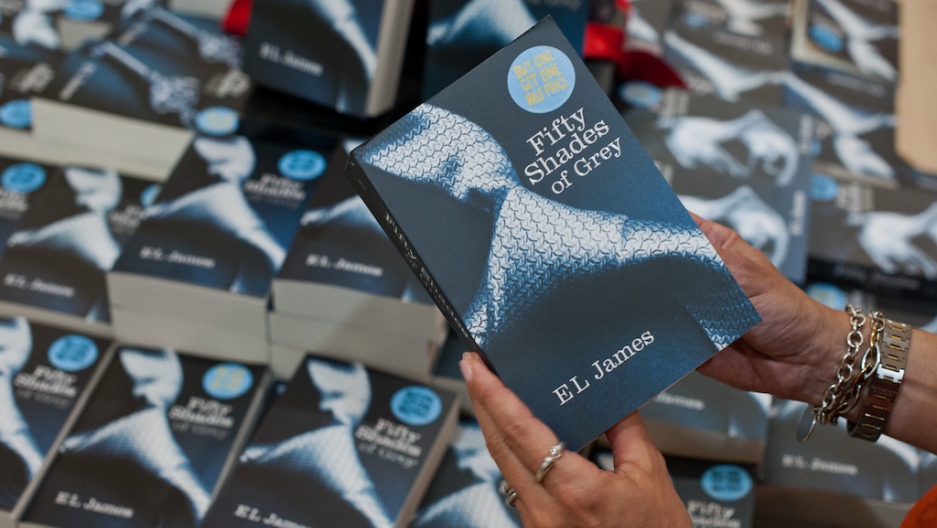 "They said this trifling tale spiced with spanking was only good for giving cheap thrills to puritanical Americans, and it would flop in the land of de Sade and French lovers," wrote Macha Séry in Le Monde. "How wrong!"

The first volume has sold two-and-a-half million copies in France and has been credited for triggering a boom in sex toy sales and wave of interest in female-orientated internet sex sites.

"This novel has given me the idea to try some naughty games, but nothing too hard core," Ingrid from Rouen told the daily Le Parisien. "It shook off my inhibitions, so I could let myself go. Today, I'm a little be less uptight, thanks to E L James."

The "Fifty Shades" books, about a young girl who enters into a sado-masochist relationship with a handsome billionaire, have sold 65 million copies internationally and two and half million copies in France, RFI reported.

German media giant Bertelsmann said Tuesday the best-selling trilogy was the publisher's biggest-ever bestseller and last year's sales helped boost the company's overall profits. In 2012, Bertelsmann sold millions of copies of print, audio, and e-book editions in a number of languages including English, German and Spanish.