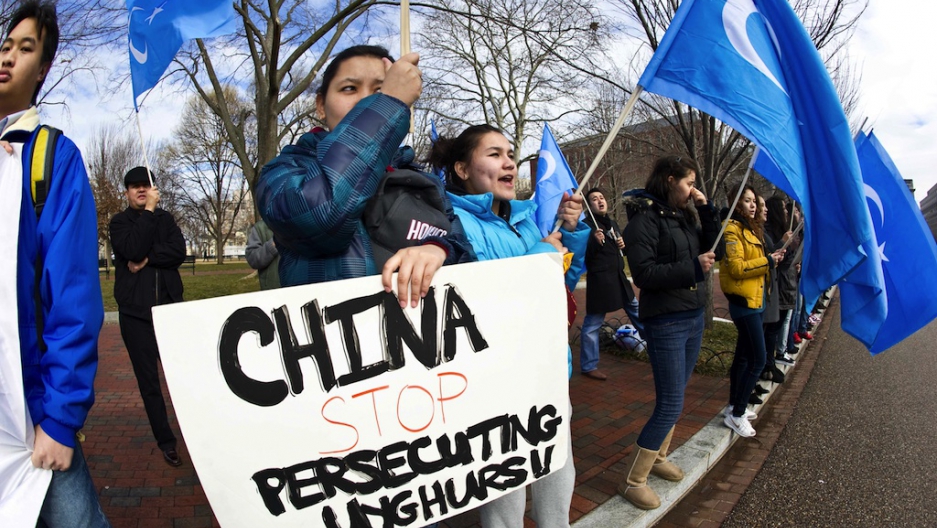 Uighur activists protest against the visit of Chinese President Hu Jintao outside of the White House in Washington, DC, on January 19, 2011. Many Uighurs complain of religious and cultural repression by the Chinese authorities, charges Beijing denies.
Credit: NICHOLAS KAMM
Share

China has sentence 20 ethnic Uighur men to a jail term of up to life in prison on charges of terrorism and separatism.

The Kashgar and Bayingol courts said the men had their "thoughts poisoned by religious extremism," and that they used cell phone and DVDs "to spread Muslim religious propaganda."

The court report said that some of them bought weapons in order to kill police officers as part of a jihad and spread propaganda about the banned East Turkestan Islamic Movement.

It is not known if the Uighur men pleaded guilty or not but, regardless, acquittals in China's court system, which is party-run, are rare.

Dilax Raxit, of the German-based World Uighur Congress, said the punishments were uncalled for and were being used to suppress the ethnic Muslim Uighurs. Raxit said the 20 Uighurs only did things like listen to Radio Free Asia and forward videos downloaded from YouTube, which they had done to spread religious knowledge and preserve their culture and lifestyle.

"China has completely deprived the Uighurs of their rights to use the Internet to express different opinions and to obtain information," Raxit said in a statement.