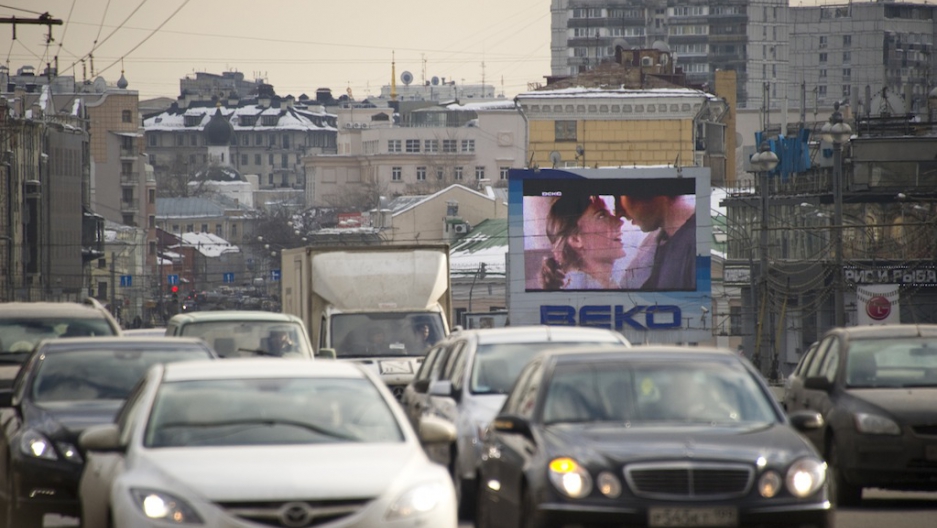 Cars are blocked in a traffic jam in the center of Moscow on Feb. 29, 2012.
Credit: John MacDougall
Share

The vehicles, which can cost more than $200 an hour and have been advertised on the internet, supposedly use their sirens to glide through standstill traffic.

Now police are on the lookout for such vehicles, according to the National Post.

A law enforcement source told Izvestiya newspaper that one such vehicle had already been identified. “During a patrol, a medical car was stopped because it was breaking traffic rules,” said the source.

“The driver appeared strange, and did not resemble an ambulance driver at all.

“Police officers opened the automobile to check it and saw that the interior was fitted out like a high-class limousine with comfortable seats for transporting VIP passengers.”

The traffic in Moscow is notoriously bad. In 2011, officials attempted to double the size of the city to deal with traffic snarls and overcrowding. And this winter, hundreds of cars were stuck in a 120-mile-long jam, some for as long as three days, after heavy snow hit the city.

More from our partners, Business Insider:

Business Insider: An NBA coach explains why the Miami Heat is such a juggernaut

Business Insider: The man who 'owns' the moon has made serious bank

Business Insider: Why you shouldn't expect the iPhone 5s to come in June