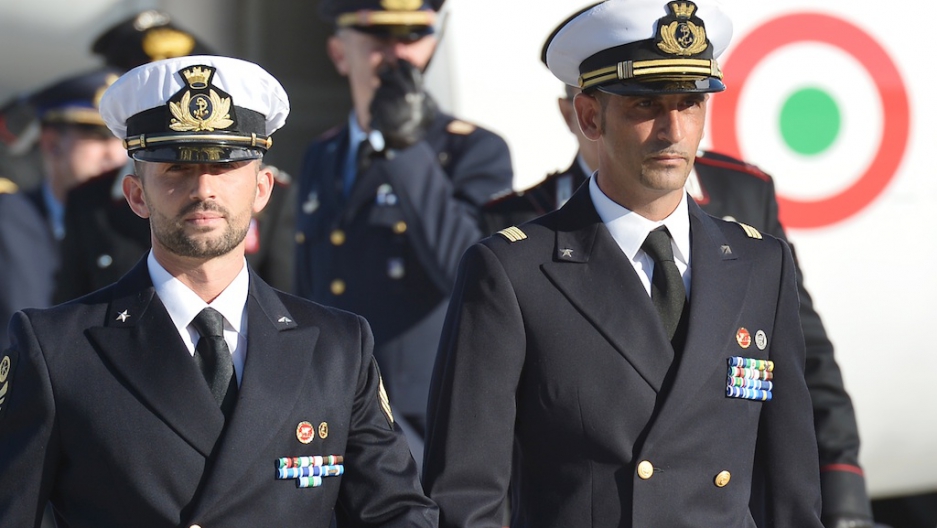 Italian Foreign Minister Guilio Terzi has quit over the government's decision to send two of its marines to India to stand trial for murder.

Terzi told parliament he could "no longer be part of this government" after his misgivings about the move were ignored.

"I am resigning because for 40 years I have maintained, and still maintain, that the reputation of the country, the armed forces and Italian diplomacy, should be safeguarded," he said.

"I am also standing down in solidarity with our two marines and their families."

His words were met with applause, according to Bloomberg, an indication that other lawmakers also disapproved of Rome's climbdown.

Marines Massimiliano Latorre and Salvatore Girone flew to Delhi on Friday, after a tense 11-day stand-off between the Italian and Indian governments over whether they would return.

Charged with the murder of two Indian fishermen, they were granted leave to return to Italy to vote in national elections – but then, with the backing of their government, refused to keep their promise to India to return.

Announcing their departure last week, the Italian government said that it had obtained Delhi's assurance it wouldn't seek the death penalty, and that the marines themselves had agreed to go back.

Others speculated that the U-turn might have more to do with Rome's desire to protect its commercial interests in India, however.

Girone and Latorre are accused of shooting dead two Indian fishermen off the coast of Kerala, southwest India, in February last year, after apparently mistaking them for pirates.

They now face trial by a special tribunal in Delhi.