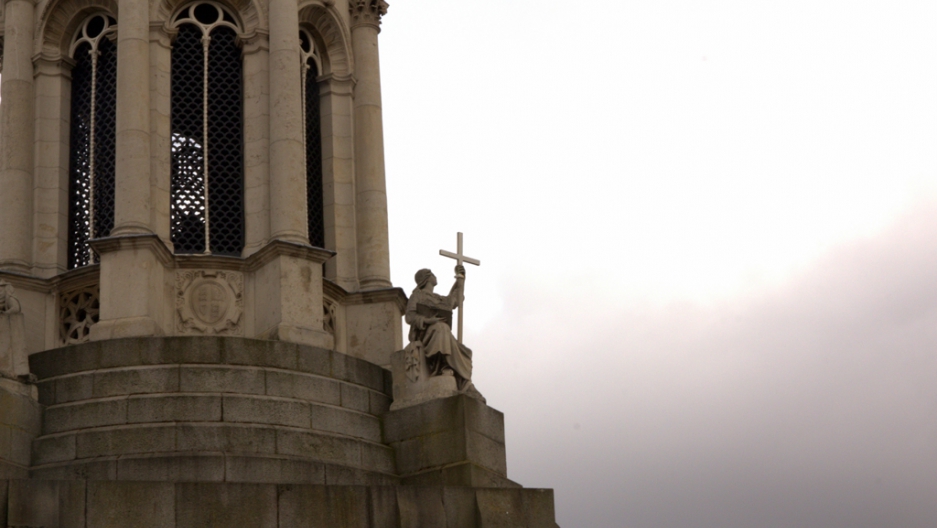 DUBLIN — Pope Francis received a resounding welcome on Wednesday evening as the first non-European pope, but some college students at Dublin’s Trinity College saw the conservative choice as one that would push them further away from their Catholic ties.

The College of Cardinals chose 76-year-old Jorge Mario Bergoglio of Argentina to succeed Pope Benedict XVI and to represent the burgeoning Catholic population outside of Europe. But they did so at the risk of alienating another essential demographic group: young adults.

Some young people in Ireland are drifting away from the Catholic Church because they are disillusioned with the church’s stance on issues like gay marriage, priests’ celibacy, and the handling of the child sex abuse scandal. In particular, Pope Francis’ history of anti-gay marriage activism reinforces the notion among many Irish youths that the Catholic Church is out of touch and out of date.

“I don’t think the Catholic Church is a church for everyone if they’re discriminating,” said Jane Fallon Griffin, a second-year student at Trinity College in Dublin.

Griffin isn’t just a bystander in the drama of the Catholic Church’s future—she is a proxy for the lost generation. Born into a Catholic family, Griffin was baptized and confirmed, and she was even trained as a Eucharistic minister at her church.

Within the last year, however, Griffin left the church and the Catholic faith altogether. The self-described atheist said the mismanagement of the priest sex abuse scandal was what first caused her to reconsider her Catholicism.

Though she feels distant from the church now, Griffin said she was still disappointed by the selection of the Argentine cardinal as pope, mainly because Francis, like so many others in the higher ranks of the Vatican, is staunchly against gay marriage.

“One of my best friends I’ve known since I was little is gay and I’d like for him to be happy and have the same opportunities I’m going to have in the future,” she said.

Gay marriage is also a main concern for Iseult Ward, a 22-year-old Trinity College student who was raised Catholic but whose connection to the church diminished when her grandfather, the anchor of Catholicism in the family, passed away.

For Ward to re-involve herself with Catholicism, both the pope and the church would have to demonstrate a genuine interest in wanting to solve social issues, she said. Despite Pope Francis’ advocacy on behalf of the poor, Ward believes it will take a lot more to get her– and other former Catholics like her– to return to the church.

“I think you’d have to do something really extreme and radical to change people’s minds,” she said. “I think so many people are so cynical about the church now that any efforts they do will be seen as them doing it for their own marketing rather than genuinely doing it.”

Beyond a disagreement with the new pope’s stance on progressive issues like gay marriage, the use of contraception, and the ordination of female and married priests, some young adults find the Catholic Church to be out of touch with their daily lives.

Manus Lenihan, a fourth-year student at Trinity, slowly distanced himself from the church as it became less relevant to him. The 22-year-old was baptized Catholic, went through communion and confirmation, but he eventually realized he had lost the desire to practice his faith.

“The Catholic Church just seemed like an utterly corrupt institution,” he said, “so I remained religious in a non-denominational sense for many years before deciding that, in my opinion, there wasn’t any religious content to it and giving it up.”

While Lenihan said he did follow news about the papal conclave and the election of Pope Francis, the pageantry was what intrigued him most.

“I was interested to hear who it was in a celebrity-watching kind of a way,” he said. “It’s wonderful to have these traditions, but there’s not really a relevance, at least not for me and a lot of people I know.”

For Pope Francis to live up to his namesake and truly rebuild a Catholic Church that has the support of the younger generation, he faces an uphill battle against the church’s diminished reputation and resistance to change, said Griffin.

“I think getting people back to the church is going to be a slow process. It’s not going to be instant,” she said. “Pope Francis can’t just do one thing after too many years of mistakes.”

More from GlobalPost: Pope Francis focuses on the poor, the media focus on the sex abuse scandal