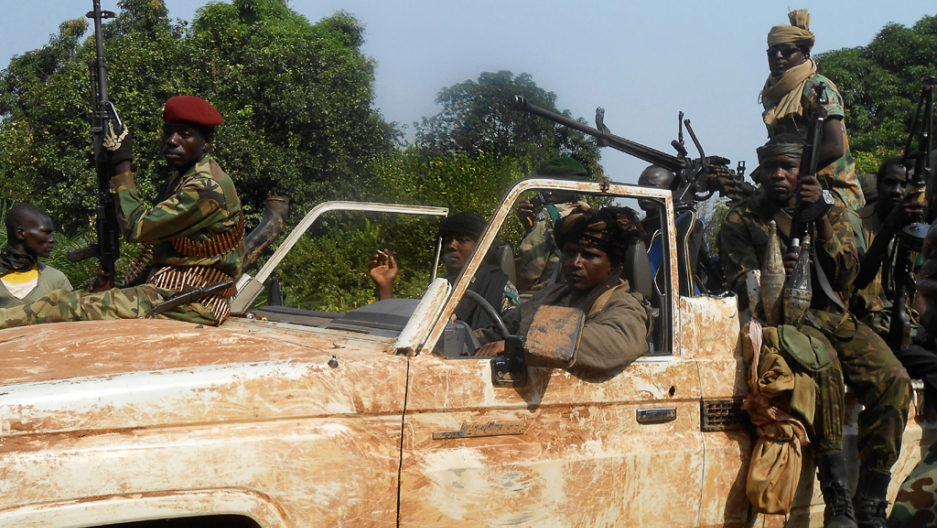 NAIROBI, Kenya — South African President Jacob Zuma said 13 soldiers from his country were killed in fighting with Seleka rebels on the outskirts of Bangui.

Monday's announcement raised questions about the future of South Africa's 200 troops that were sent to Central African Republic in January to support government soldiers after rebels attacked in early December.

But Zuma has since said South Africa will not be pulling out its CAR contingent.

"We have not taken a decision to withdraw," Zuma told reporters.

"There is no reason for us to leave... we are looking at how to reinforce our forces and how to move forward."

More from GlobalPost: Upheaval in the "phantom state"

Late on Sunday, the leader of rebels who took over the capital of Bangui, Michel Djotodia, declared himself president of CAR, saying he would keep a power-sharing government which was part of a Jan. 11 peace deal signed with Bozize in Libreville, Gabon.

“We are still keeping to the spirit of Libreville,” Djotodia told French broadcaster RFI.

The deal included the appointment of an interim prime minister, Nicolas Tiangaye, at the head of a national unity government and plans to hold elections within three years.

“We are not here to carry out a witch hunt,” Djotodia said.

Meanwhile, CAR's affiliation with the African Union was suspended Monday. The union ordered sanctions against the rebel leaders who captured Bangui over the weekend.

"The council has decided to suspend with immediate effect [the] Central African Republic from all African Union activities and to impose sanctions, travel restrictions and an asset freeze on Seleka's leaders," said AU peace and security chief Ramtane Lamamra.

Bozize, 66, came to power at the head of a military coup 10 years ago overthrowing Ange-Felix Patasse, who had survived numerous mutinies and coup attempts during his own 10-year reign.

Like his predecessors, Bozize kept most of his 4.5 million people mired in poverty despite the landlocked country’s wealth of minerals.

Tristan McConnell contributed to this report from Nairobi.