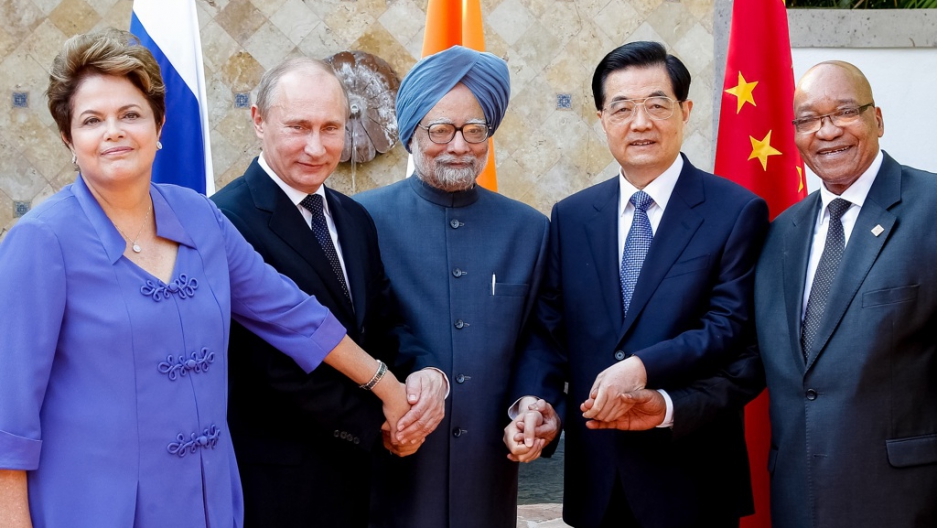 JOHANNESBURG, South Africa – To celebrate its role as host of an exclusive geopolitical club, the seaside city of Durban is having a beach party.

There will be Chinese and Russian DJs, beach volleyball, a sand-sculpting contest and even a performance by legendary jazz trumpeter Hugh Masekela — an odd way to boost support for an annual summit where currency swaps and a new development bank will top the agenda.

South Africa, the newest entrant to the BRICS group of emerging economies — joining Brazil, Russia, India and China — is “the most enthusiastic member” of an increasingly important club, said Martyn Davies, CEO of Frontier Advisory, a Johannesburg-based consultancy.

While BRICS started as an economic bloc with China at the helm, it has been transformed into a geopolitical institution representing the developing world, as well as a growing political force.

The leaders’ summit in Durban next week will be attended by the new Chinese President Xi Jinping, who is on his first overseas tour since taking over leadership of the country.  Joining him will be Brazil’s President Dilma Rousseff, Vladimir Putin of Russia, and Indian Prime Minister Manmohan Singh.

The acronymic grouping has changed dramatically since “BRIC” was first coined by Goldman Sachs economist Jim O’Neill in 2001, as a catchy way to describe emerging markets.

BRICS, in positioning itself as a rival to the G8, has become a club that many developing countries would like to join. Nigeria, Indonesia and Turkey have all been touted as potential members, while Egyptian President Mohamed Morsi this week suggested the grouping be expanded to “E-BRICS.”

It is also becoming an alternative force to Western powers on political and security issues. In a message passed by a senior adviser this week, Syrian President Bashar al-Assad asked for intervention by the BRICS nations “to stop the violence in his country and encourage the opening of a dialogue.”

President Xi, in an interview with journalists from BRICS countries, said that emerging economies “have become an important force for world peace,” and have played a key role in addressing the international financial crisis.

“The global economic governance system must reflect the profound changes in the global economic landscape, and the representation and voice of emerging markets and developing countries should be increased,” he is quoted as saying.

Catherine Grant-Makokera, head of economic diplomacy for the South African Institute of International Affairs, said the group is ruffling feathers in the West.

“The potential collective power that these countries could wield in global governance terms is causing some consternation in the traditional powers of Europe and the United States of America,” she wrote in a research paper.

This is the fifth BRICS summit, and the first time South Africa has hosted since being invited by China to join the club in 2011.

But while the South African government may be enthusiastic, the country has been criticized for being out of its depth, with its relatively small and sluggish economy dwarfed by giants such as China and India.

Grant-Makokera in an interview noted that South Africa is part of BRICS for political reasons, not economic.

“There was a need for an African country, for it to have credibility as a representative of the global south,” she said. “South Africa is not big, but it is sophisticated.”

She cautioned that while there is a great deal of hype about the summit, the outcome is expected to be minimal, centered on a “set-piece statement” delivered by leaders after meeting together for a few hours at most.

While the creation of a BRICS-led development bank to rival the IMF and World Bank is expected to be a key outcome, this will only be on paper. An actual bank ready to extend loans is likely years away.

“This is a very disparate group of countries that are still getting to know each other,” Grant-Makokera said.