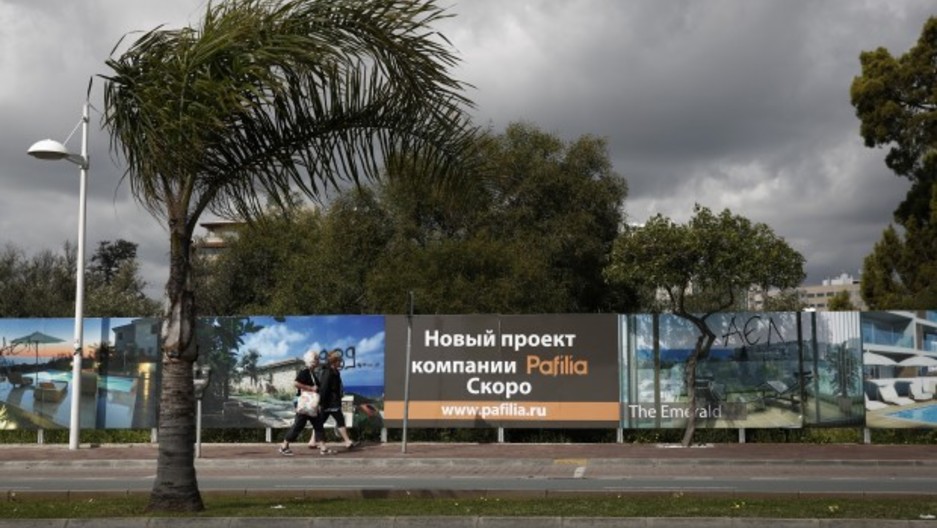 Two women make their way alongside Russian advertisements about a property development in Limassol, a coastal town in southern Cyprus February 20, 2013. In this seaside Cypriot town, an image of the Kremlin's onion domes adorns the doors of a local mini-market, Ferraris stand ready for hire by wealthy Russians and shops selling mink coats line streets drenched in warm Mediterranean sunshine. Home to over 30,000 Russians who began flocking to Cyprus after the Soviet Union's collapse and catering to many more tourists each year, locals jokingly refer to the town, complete with Russian signs and schools, as "Limassolgrad". Picture taken February 20, 2013. REUTERS/Yorgos Karahalis (CYPRUS - Tags: BUSINESS SOCIETY) - RTR3E5O8