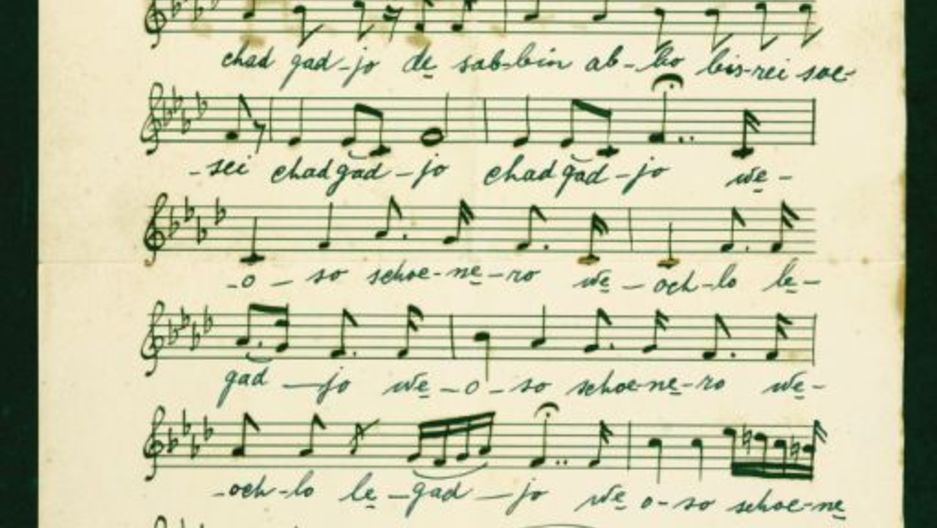 During President Obama's visit to Yad Vashem, the Israeli Holocaust memorial, he was given some sheet music as a gift. It was a song composed by a Jewish cantor in Amsterdam during World War II. Marco Werman speaks with Ruth Maroko, the cantor's sister-in-law.

For many visitors to Israel, Yad Vashem is one of those sacred destinations.

It's not a religious site per se.

Yad Vashem is the memorial dedicated to those who perished during the Holocaust.

President Obama paid his respects there.

He also received a poignant gift at Yad Vashem.

A manuscript of sheet music.

The song was composed by the former Chief Cantor of Amsterdam — Israel Elijasz Maroko.

The tune is titled "Chad Gadya."

And Cantor Maroko rewrote this traditional Passover song in 1941.

The manuscript had been donated to Yad Vashem by Ruth Maroko.

Ruth Maroko says a facsimile of the music was given to Obama and that she's thrilled he received a copy.

"The President got it," she says. "The whole United States got it. It's alive again. I'm sure my father-in-law would have been thrilled."