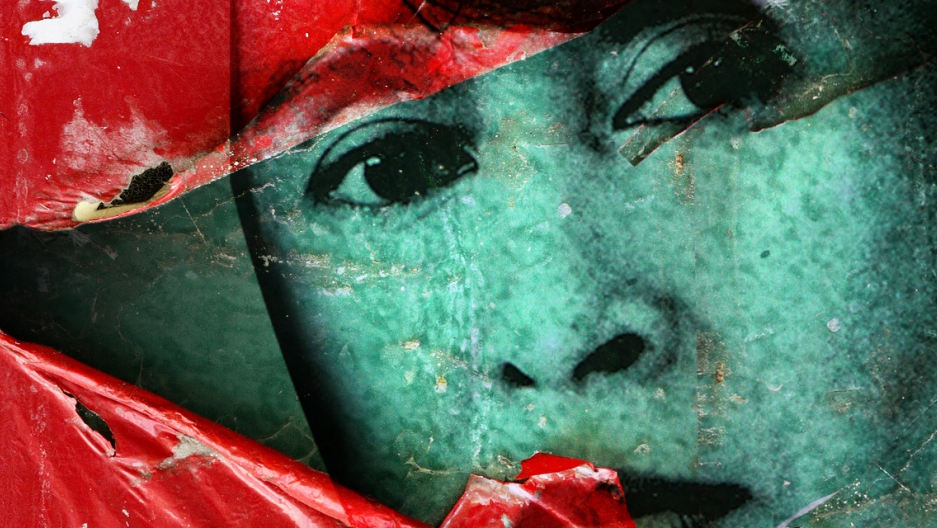 SAGAING DIVISION, Myanmar — Like so many tea shops and bedrooms across Myanmar, Sandar’s village store is graced with a photo of Aung San Suu Kyi, or “Mother Suu,” a living icon of resistance to military tyranny.

But the laminated image, retouched to make political opposition leader Suu Kyi look doubly angelic, is no longer tacked above the 32-year-old shopkeeper’s wooden dining table. “I yanked it down last week,” she said. The poster has been banished to a warped, dusty shelf.

“Before, everyone here loved Mother Suu like the Buddha,” she said. “But no more.”

In much of Myanmar, the troubled nation also called Burma, these words border on blasphemy.

Suu Kyi is without question Myanmar’s most famous and beloved citizen. Ever since a ruling junta voided her party’s general election victory 23 years ago, and banished her to long spells of house arrest, she has been viewed by many (including White House officials) as the country’s rightful leader.

Suu Kyi is feted at home and abroad as a freedom fighter on par with Nelson Mandela or Martin Luther King Jr. Only with her blessing did the United States in 2012 peel back harsh economic sanctions designed to punish the generals who kept her in confinement.

Last year, she joined Myanmar’s new reform-minded parliament, effectively joining the forces that long repressed the democracy and her acolytes. Watching Mother Suu finally ascend to the halls of power ignited hope across the nation. If she had come to Sandar’s Ah Lay Daw village in months past, she would have been received with unbridled glee.

But her visit last week to the dusty villages that encircle Myanmar’s largest mine instead brought out sickly feelings of betrayal. In recent months, farmers seizing newfound protest liberties have rallied to shut down the $1 billion copper extraction venture, a joint project between a Chinese state-owned weapons conglomerate, Norinco, and Union of Myanmar Economic Holdings, the Myanmar military’s secretive investment wing.

When Suu Kyi arrived in a motorcade, she chastised farmers for protesting without police-issued permits (which were requested and denied) and urged them to see the positives in a project that has buried croplands under toxic soil and pushed farmers from their ancestral fields.

“We were shocked,” said Zaw Win, 40, who ran out to the village’s main road — a cratered, dusty path — and helped form a human throng that blocked Suu Kyi’s caravan from entering.

Even after riot police fired white phosphorous munitions on their protest camps in the wee hours of Nov. 29 — an attack that disfigured monks with ghastly burns — Suu Kyi reiterated last week that she continues to back the mine.

“Little girls were crying and rolling on the ground. She was watching from her luxury car,” Zaw Win said. During question-and-answer sessions, which at times devolved into a tearful shouting match, Zaw Win said “she spoke too proudly to us as if we were all uneducated.”

Publicly speaking ill of Suu Kyi — to her face nonetheless — is highly taboo in Myanmar. There's much to suggest that, on the whole, most Myanmar citizens still regard her as crucial in moving beyond decades of despotism.

Even in strife-torn hills patrolled by armed factions, where distrust of the government and Suu Kyi’s majority Burman ethnic group runs deep, open critiques of Suu Kyi are usually tactful and polite. Those who condemn her in sharp terms amount to an angry minority.

But with this taboo broken, Myanmar’s gaze has turned to the poor outback surrounding the copper-rich Letpadaung Mountain, said Ant Maung, an 80-year-old poet outspoken in his opposition to the mine.

Suu Kyi’s handling of this case will be scrutinized, he said, by the other ragtag protest camps that have sprouted up around the country.

“All of the people of this country love Aung San Suu Kyi,” said Ant Maung, speaking in the clipped British accent taught to him during colonial times. “They rely on her for their liberation. They have great hope in her.”

“Now they find that their hopes aren’t realized,” he said. “Our country has been in darkness for so many years. We’d hoped to find someone to take us out of the darkness. We thought she was the one.”

Almost all of the villagers interviewed by GlobalPost around Letpadaung Mountain explained that they would likely welcome back Suu Kyi with open arms if she reversed her support of the mine. Many of their thatched-roof homes still display her image alongside that of her father, Aung San, the baby-faced independence hero who led a struggle to cast out British colonists after World War II. He was assassinated in 1947 when Suu Kyi was only 2.

“In the past, people have given much of their lives to her. They’ve gone to prison for her,” said Aung Suu, a protester from Myanmar’s largest city, Yangon, who has joined the anti-mine movement. “But she is no longer our leader.”

U Sanvara, a 54-year-old monk who offered an audience with Suu Kyi during her mining region tour, said many locals feared her entourage contained spies. “Aunty Suu says she is the people’s leader,” he said. “My heart says that is no longer true. She belongs to the regime, not the people’s desires.”

In Sandar’s dirt-floor shop, where she sells everything from shampoo to chili powder, a gallery of photos are pinned to hand-hewn ceiling beams. Pop stars with slick bouffants jostle for space alongside crowds smiling at village festivals. A snapshot from 1996 shows Sandar’s grinning father, a betel nut farmer, standing beside a prize-winning cow. “His name was Zebu Myint,” she said, “and he was the best trained and most beautiful cow in the region.”

More from GlobalPost: Gold rush to Myanmar, an in-depth series

Sandar’s change of heart toward Suu Kyi has left a bare space where her former heroine’s photo once hung. But a closer examination reveals Sandar has not entirely ridden her walls of Mother Suu’s image. A tiny photo of Suu Kyi is still taped to a framed, black-and-white portrait of her mother, who died from cancer in 2003.

Since her mother’s death, Sandar said, she has regarded Suu Kyi as a surrogate mom. “I once loved her like my very own mother. I can’t believe she’s doing this to us,” she said. “I feel like I’ve lost a parent all over again.”

These are the sorts of expectations many in Myanmar foist upon Suu Kyi. From an icon trapped under house arrest and preserved in amber, she is a politician operating within a tricky system still dominated by military figures.

Were Suu Kyi to join the protesting villagers’ ranks, she would earn the wrath of China, Myanmar’s top foreign investor, and powerful ex-generals capable of undermining the country’s shaky reform movement. In a government-blessed report, and in heated conversations with villagers, Suu Kyi insisted that the mine’s huge profits could be used to reverse environmental destruction and bring more prosperity to locals.

A founder of Suu Kyi’s party, Win Tin, told The Irrawaddy news outlet that Suu Kyi has faced the controversy with “bravery and courage” and that “if the military had dealt with this, the problems would have become much deeper.”

But villagers like Nay Zar Oo, a 25-year-old dressed in farmhand plaid popular in Myanmar’s rural outposts, contend that their feelings toward Suu Kyi will never be the same. “When she came here, she told us to let the copper mine go on. That it’s our future. That we’ll profit from it,” she said.

“But I’m thinking, wait, that’s not true,” she said. “Our profits come from the ground: the vegetables, firewood and everything else that grows near the mountain.”

“Please tell Aunty Suu that we still want to love her,” said Nay Zar Oo, evoking a round of nods from the dozen-odd fellow farmers gathered behind her. “I guess our expectations were too big. We expected too much from her. We still do.”