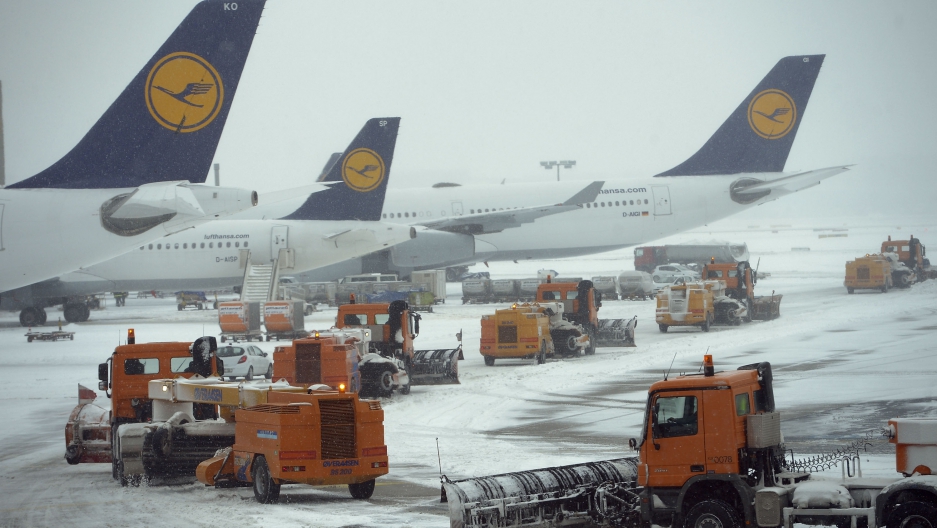 Snow plows pass Lufthansa airplanes on there way to the runway at Frankfurt International Airport on March 12, 2013 in Frankfurt am Main, Germany.
Credit: Thomas Lohnes
Share

Although only expected to last several hours, the strike action will force the cancelation of most domestic and European flights by Lufthansa into the afternoon, Reuters wrote.

It cited a list posted on the Lufthansa website late Wednesday showing a total of 688 canceled flights.

"We see this strike as disproportionate at this time. Talks are scheduled for tomorrow, and the exchange of demands has only just started."

The union is trying to pressure Lufthansa management ahead of a pay talks on Friday for about 33,000 ground staff and staff of several Lufthansa subsidiaries.

Ver.di has called Lufthansa's refusal to grant wage increases for the past two years while demanding longer working hours an "affront to all Lufthansa employees," Agence France-Presse reported.

The union wants an increase of 5.2 percent plus job guarantees.