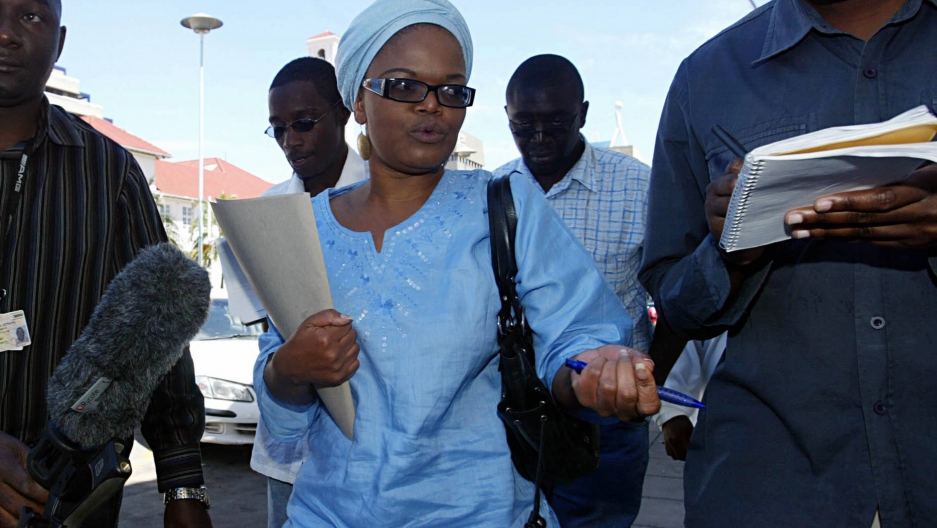 State prosecutors claim the four aides have broken official secrets laws by collecting information on Zimbabwe’s judicial officials in an attempt to prove they have not been prosecuting corrupt politicians, the Guardian reported.

Mtetwa is accused of obstructing justice, the Guardian reported. She was arrested at the home of Tsvangirai’s chief legal adviser, Thabani Mpofu, during a police raid early Sunday morning. Prosecutors said she shouted at the police officers and took photographs of them as they searched the house, Reuters reported.

Beatrice Mtetwa is well known by journalists that cover Zimbabwe: she has represented many of them, along with human rights campaigners, opposition politicians and ordinary Zimbabweans jailed by Mugabe's regime. She herself has been twice brutally beaten by police.

"I abhor injustice and I fight it wherever I see it," Mtetwa said at a recent award ceremony in Cleveland, Ohio. "I am driven to defend people who are struggling for their basic human rights. ... I am optimistic that the rule of law will be restored in Zimbabwe in my lifetime."

"It follows months of a crackdown by security forces on civil society groups and opposition politicians," Conway-Smith reports from South Africa.

A joint statement by human rights organizations said Mtetwa's arrest and detention comes "at an extremely fragile time for the country," a day after Zimbabweans voted in a referendum for a new constitution, paving the way for crucial elections to be held in the coming months.

There are mounting fears of a repeat of the bloody 2008 elections, where Mugabe used police and security forces to maintain his grip on power.

Police ignored a judge's order to release her on Monday, the Guardian reported.

"Her arrest is not just an attack on her profession but on the people of Zimbabwe, who have just voted yes to a new constitution that enshrines fundamental human rights," Mtetwa’s lawyer, Thabani Mpofu, said, according to the Guardian.

This is not the first time Mtetwa, who's also defended foreign journalists like New York Times reporter Barry Bearak and former GlobalPost editor Andrew Meldrum, has had a run-in with Zimbabwe’s security forces.

In Oct. 2003, she was detained on a fabricated drunk driving charge, and police beat and choked her so badly she couldn’t speak for two days, according to the New York-based Committee to Protect Journalists. Yet she marched back into the police station on the third day to file charges against the men who’d assaulted her.

Erin Conway-Smith contributed to this article from South Africa.