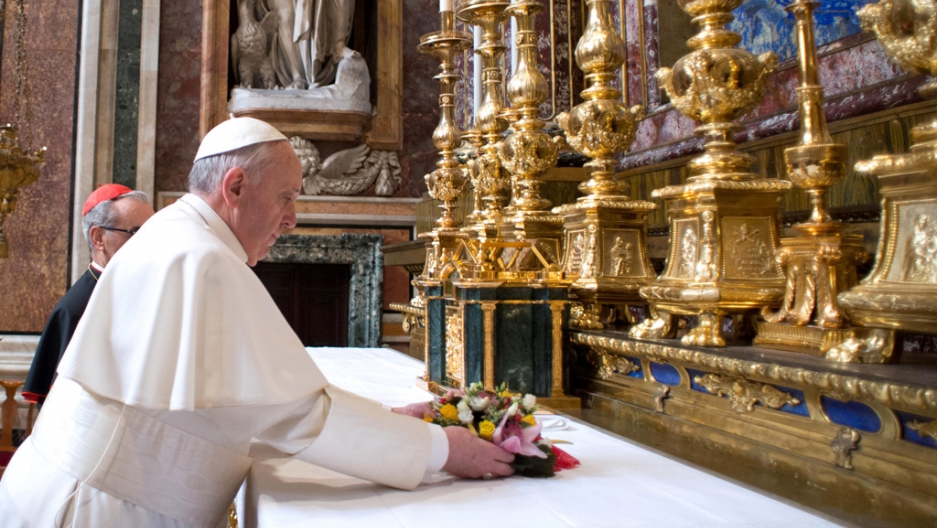 As the Catholic Church in Argentina battled to stop the legalization of gay marriage in 2010, the then-Cardinal Jorge Bergoglio urged the church to support civil unions for gay couples

The New York Times reported the cardinal, who led the public fight against the measure, spoke out in a heated meeting of bishops in 2010 and supported a move to allow civil unions for gay couples.

The idea by then now Pope Francis was rebuked by the bishops, Pope Francis’ authorized biographer, Sergio Rubin, told the Associated Press.

After the cardinal's proposal was shot down at the bishops’ conference he publicly declared his opposition and the church lost the issue altogether, the Washington Post reported.

However his suggestion at the bishops conference provides an insight into the leadership style he may bring to his new role as Pope.

Those views on civil unions are also in sharp contrast to his predecessor, Benedict XVI, known for an unbending adherence to doctrinal purity.

Paulon noted that despite his conservatism, “Bergoglio is known for being moderate and finding a balance between reactionary and progressive sectors."

“When he came out strongly against gay marriage, he did it under pressure from the conservatives.”