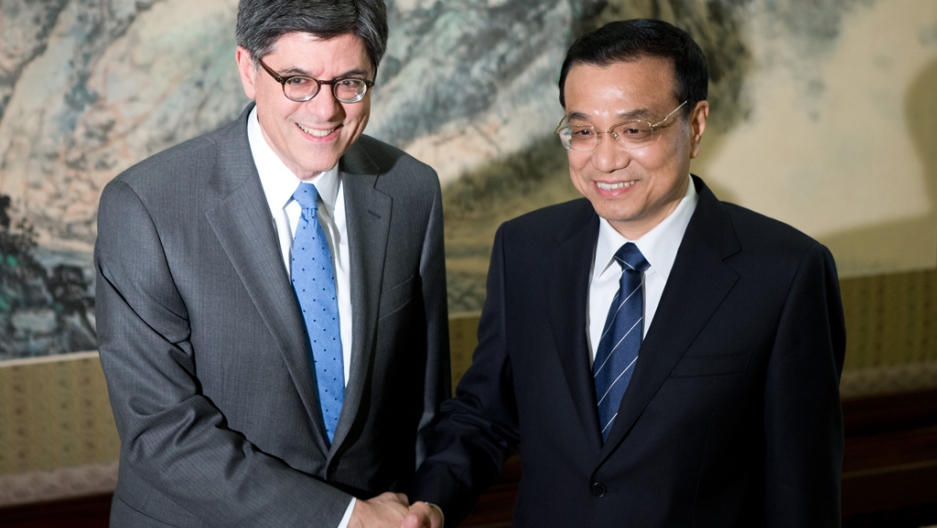 US Treasury Secretary Jacob Lew, left, is greeted by Chinese Premier Li Keqiang upon his arrival at the Zhongnanhai diplomatic compound on March 20, 2013 in Beijing.
Credit: Andy Wong
Share

HONG KONG — Jack Lew is getting off to a good start on his first official visit to China.

The new treasury secretary's meeting with Xi Jinping on Tuesday saw him raising the old bugbears of cybersecurity, intellectual theft and currency manipulation. And his official lunch on Tuesday — a modest, cheap meal of dumplings — made him the darling of the public.

Lavish, taxpayer-funded banquets are the norm in China, and they have increasingly come to symbolize official corruption and excess. Lew's perhaps unwittingly humble lunch gave people further occasion to vent at leaders who pig out on the public dime.

He's also following in the footsteps of former US ambassador Gary Locke, who became a meme in China because of his habit of eating cheap, ordinary meals.

After reading today’s news about Lew’s 109 yuan dumpling meal, I was reminded of Joe Biden’s 79 yuan meal in a small Beijing eatery, and Gary Locke’s flight to Beijing in an economy class cabin. I also think of the hundreds of billions of yuan our public servants spend each year on meals, transport and overseas trips, and children in rural China who can’t afford clothes, food or school furniture.