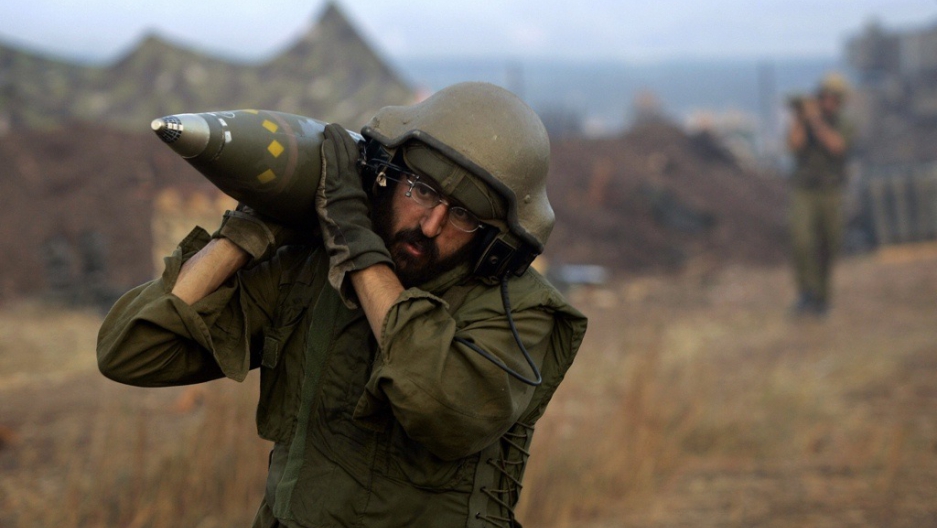 An Israeli soldier carries shells on the border with Lebanon in 2006. Israel is on high alert as the Syrian conflict continues to spill over its borders.
Credit: David Furst
Share

The incident comes a day after Lebanese President Michel Suleiman warned that any border infraction from neighboring war-torn Syria would amount to a violation of sovereignty, according to Reuters.

Local reports said the missiles landed outside Lebanon's al-Qasr, a border area not far from the volatile Syrian province of Homs, according to Xinhua.

The conflict in Syria, which began as a peaceful uprising against the president but quickly turned violent, recently entered its second year. The United Nations estimates that some 70,000 people have died, while hundreds of thousands have fled the country.

International efforts to help end the crisis there have not been successful.