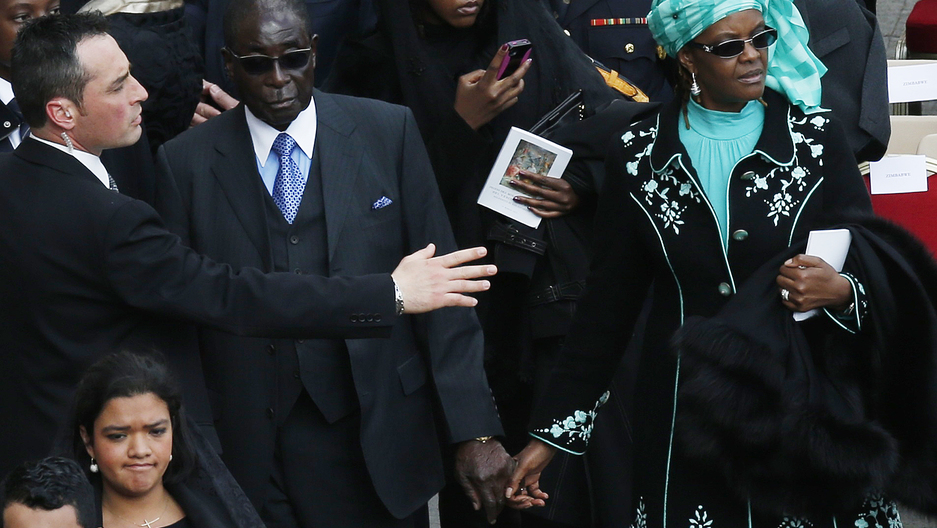 Zimbabwe's President Robert Mugabe and his wife Grace (R) attend the inaugural mass of Pope Francis at the Vatican, March 19, 2013. Pope Francis celebrates his inaugural mass on Tuesday among political and religious leaders from around the world and amid a wave of hope for a renewal of the scandal-plagued Roman Catholic Church. REUTERS/Stefano Rellandini (VATICAN - Tags: RELIGION POLITICS) - RTR3F6L9

Share
Zimbabwe's residents overwhelming endorsed a new constitution this weekend, agreeing to limit the powers of the presidency. But after the vote, authorities arrested three senior opposition officials, as well as renowned human rights lawyer Beatrice Mtetwa. New York Times correspondent Lydia Polgreen in Harare gets the details to anchor Marco Werman. Below watch the trailer to the new documentary "Beatrice Mtetwa and the Rule of Law":