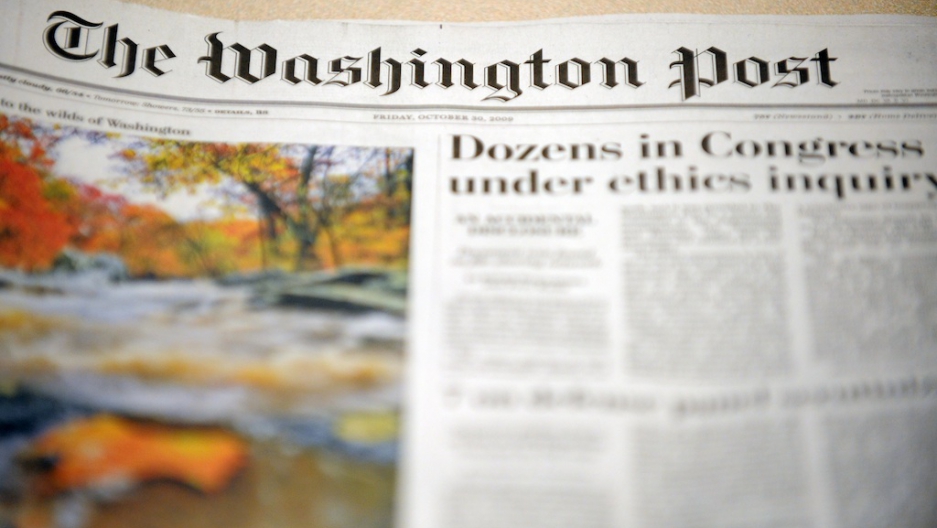 The newspaper said Monday its online readers would be allowed to view a maximum 20 articles a month for free, before hitting a paywall.

Details on the pricing are still being worked out, the newspaper said.

There will be exceptions to the new pay-for-access regime, Forbes reported.

Subscribers to the print edition of the Post, students, teachers, school administrators, members of the military and public servants will still have free digital access.

The Post’s move comes after The New Times and the Wall Street Journal introduced paywalls, and more and more newspapers are heading down that road, according to the Pew Research Center’s just-released State of the News Media report.

The annual report said 450 of the country’s 1,380 daily newspapers have “started or announced plans for some kind of paid subscription model.”

Newspapers around the world have been cutting jobs and experimenting with paywalls as they struggle to stem falling circulation and declining advertising revenues.

But the cutbacks have exacerbated the problem in the United States, according to the Pew study, which found nearly one-third of consumers had abandoned a news outlet – whether it be digital, newspaper or television – because “it no longer gave them what they had counted on.”