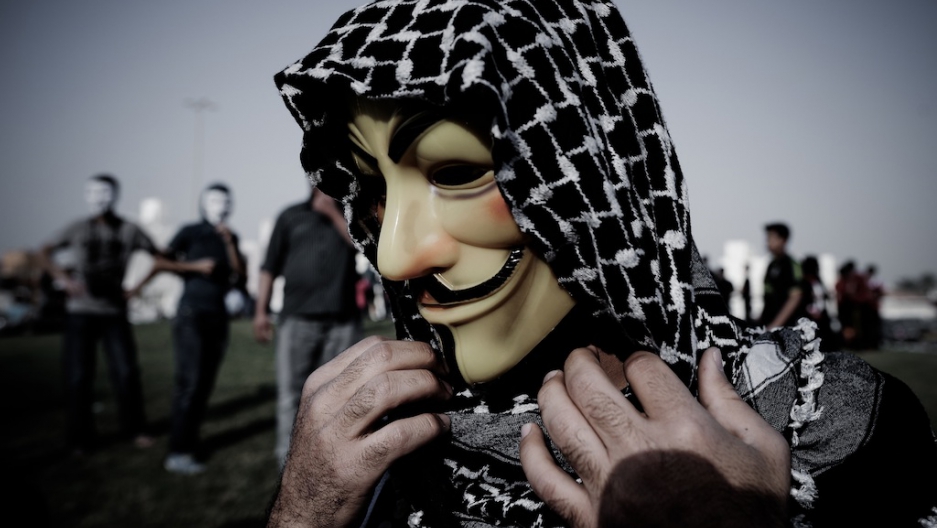 Hackers and information activists charged under the Computer Fraud and Abuse Act, such as renowned troll Weev, face more jail time than rapists, like those charged in Steubenville, Ohio this week.
Credit: MOHAMMED AL-SHAIKH
Share

In Ohio in August 2012, two teenage boys drugged and raped a teenage girl while videotaping and photographing the entire violent escapade. The girl wasn't only violated and abused, but the theft of her dignity was documented by her attackers for one reason: the lulz.

An important part of the story, though, is that the Steubenville rape case would never have become a national story if it weren't for internet vigilantes. A blogger was the reason the New York Times originally found the story, but even after the Grey Lady got her hands on it, there was no reason that this instance of sexual assault should have had national prominence over all the others that take place daily. But there's one factor that pushed the atrocity irrevocably into the national spotlight: Anonymous got involved.

By making the case an object of their rage, members of the hacktivist collective played a large hand in bringing the gruesome details of the incident to light, including the videos themselves and the list of people involved - something the New York Times would have never done, as those involved were all minors.

There are two reasons Anonymous, or really any hackers, get involved in anything: a sense of vitriol at an unjust situation, or the lulz. Which is to say, for fun, or for the hell of it.

More from GlobalPost: Activists rally to support Matthew Keys, claiming he is a victim of CFAA

Weev (who also saw the inside of a courtroom today) is one such lulzy hacker, and one of considerable repute. A well-known and accomplished troll, Weev (real name Andrew Auernheimer) made his reputation by having a slightly wacked, if not moral-compared-to-others, approach to screwing with the Internet. He was responsible, by his own admission, for a number of large hacks that resulted in his becoming very wealthy, and of course, the big 2010 hack on AT&T that resulted in his arrest.

In a blog post making the rounds this afternoon, Asher Wolf describes Weev as "a joker, a puck, an epic troll, a jester, and just perhaps an exiled prophet railing on the fringe of society, variously misidentified as a drug-addled, mentally imbalanced felon. Scratch the surface and you find a man who likes reading Proust, and listening to Wagner."

Auernheimer and Ma'lik Richmond and Trent Mays (the convicted Steubenville rapists), have nothing in common, really, except that they were all sentenced to jail time in the same 24 hour period, causing a media circus, and also both their cases are prime examples of how corroded the justice system in the US has become.

Rape can be constituted as a war crime, according to the United Nations. It is among the worst offenses one human can commit upon another. Hacking, on the other hand, while maybe not a totally victimless crime, rarely has implications of physical harm.

More from GlobalPost: Outrage of the Day: Rape coverage in the media

This morning, Auernheimer was sentenced to 41 months in prison for using public information to expose a security flaw in AT&T's system and telling the media about it. He was charged under the Computer Fraud and Abuse Act (CFAA) with one count of identity fraud and one count of conspiracy to access a computer without authorization.

Unlike that of the rapists, Auernheimer's case is an example of the Department of Justice shooting the messenger, the result of prosecutorial assault by the government on behalf of a corporation, taking advantage of the sympathies of a "technophobic public," as blogger tehdely put it in a touching post on Weev earlier today called "Then they came for Weev..."

The thing is, had the hackers responsible for leaking the Stuebenville video been found and prosecuted under the same statute as Weev, Aaron Swartz, and Jeremy Hammond (among others), the ridiculously vague and outdated Computer Fraud and Abuse Act (of 1984), they could have also faced up to 25 years in prison.

None of the "information activists" listed, or any other hackers who will be charged for similar crimes in the future, have been charged with inflicting criminal harm upon a human person. A case cannot be made – in any of these examples – that violence of any kind was involved in the crimes they're charged with.

While it is surely possible to inflict physical harm by trolling and cyber-bullying, hacking systems is a different monster, and has less to do with hurting people than pointing out the flaws of corporations or governments and embarassing them.

Weev even spoke out against this kind of trolling in an infamous 2008 New York Times article in which he was profiled.

Meanwhile, the rapists who tortured a young girl will be out on the street again in less than two years, each receiving less than 24 months of jail time in a juvenile facility.

This is ridiculous. A CNN anchor is receiving flak for lamenting on the boys' lives being "ruined." Their lives should be ruined. They violently infringed upon someone else's person, causing physical, mental and emotional harm.

The distinct irony of today's top stories is inescapable. A hacker is being punished severely while two rapists walk away with what is essentially a slap on the wrist (a sentence that's less time than what's regularly given to non-violent drug offenders), while it was hackers who exposed their crimes to begin with.

What kind of country are we living in?