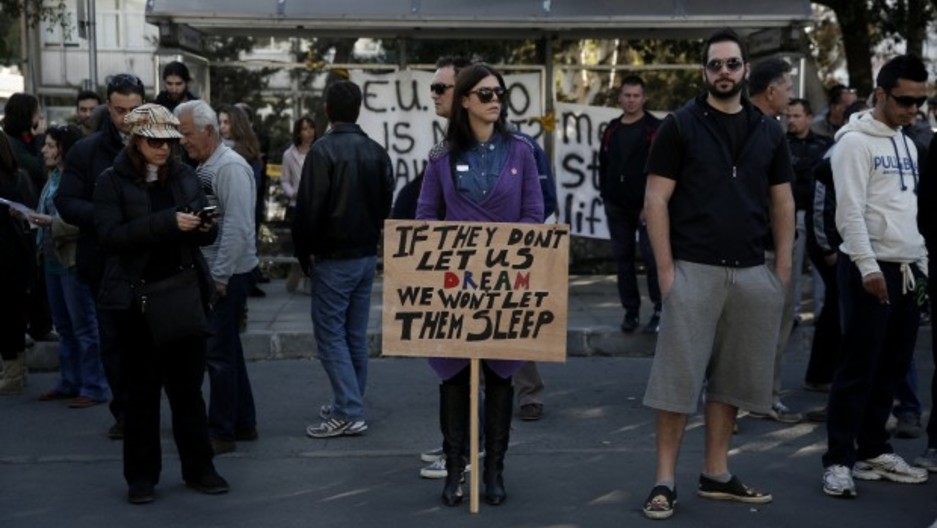 Protesters take part in an anti-bailout rally outside the parliament in Nicosia March 18, 2013. Cypriot ministers were trying to revise a plan to seize money from bank deposits before a parliamentary vote on Tuesday that will secure the island's financial rescue or could lead to its default, with reverberations across the euro zone. REUTERS/Yorgos Karahalis (CYPRUS - Tags: POLITICS CIVIL UNREST BUSINESS) - RTR3F5OL

Share
Lawmakers in Cyprus are set to vote on a bailout plan that would tax all bank deposits by 6.25 percent. Stavros Zenios is a professor of finance at the University of Cyprus in Nicosia. He's one of many people whose savings would be affected if the measure is adopted. He says this measure could cause a precedent for other European countries and encourage people to withdraw their money all at once.