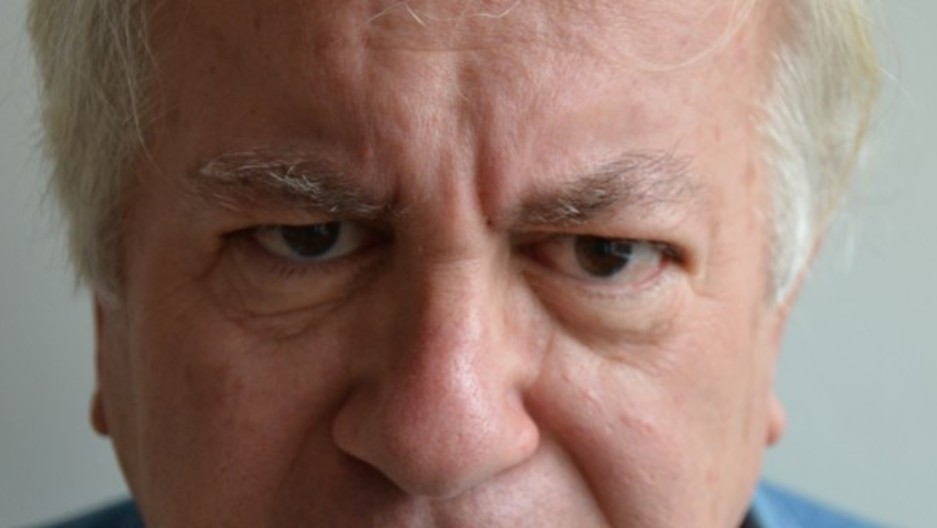 Dermatologist Dr. Eric Finzi says if Botox is injected into the muscle between the eyebrows, it's harder for the face to express negative emotions. (Photo by Eric Finzi.)

The emotions we show on our face often mirror the emotion we feel internally. But for people suffering from depression, the emotions shown externally can potentially overpower emotions felt internally.

Dermatologist surgeon Dr. Eric Finzi discovered that, in some patients, injecting Botox into the muscle that normally contracts when a patient frowns helped to relieve depression.

Finzi's mother battled with depression intermittently throughout her life, and often showed a furrowed brow.

When his mother died, Finzi said he was motivated to find a connection between her facial expressions and a role they might've played in her depression.

"I was as surprised as anyone to find out that there's actually a lot of evidence starting back from Charles Darwin, to suggest that the expression you actually portray on your face will actually affect the emotions that you feel internally," he said.

Finzi says Botox changes your mood is by controling what expressions people are able to make. The muscle between the eyebrows, the corrugator supercilii, is the center of expressions of anger, fear and sadness.

Finzi says there have been two other similar trials: one in Switzerland and Germany, published last year, and another soon-to-be published trial from Texas.

"Several bodies of evidence from independent groups, none of which have been funded by a pharmaceutical company, show that in a large percentage of patients, they get a very significant improvement in their depressive symptoms," he said.

Critics, however, argue emotions should be shown.

Finzi counters that with every medicine there are potential side effects — so it's important to weigh the risk and benefit.

"In this case, the risk is that it might be a little bit harder to cry and harder to feel sad, but if you're depressed that's no risk at all, that's what you're desiring," he said. "Because our brain is so complicated — shutting off one pathway is not going to prevent you from feeling sad emotions or crying completely, it's going to damp it down. If your loved one dies, you're going to feel terrible at that loss whether you have Botox or not, it's just that it may decrease the amplitude of the feeling such that it doesn't take over your whole being."

In his new book, "The Face of Emotion: How Botox Affects Our Moods and Relationships," Finzi explains at least half of all Botox uses are for health issues, such as cerebral palsy, Parkinson's disease, migraines, sweating and overactive bladder among others.

"Essentially, if you have a disease that has a problem with a muscle or a place where you can intervene in the circuit of that disease and the muscle is part of it, then Botox can be used to target that disease," he said.

In order for Botox to find a place in mental health, and approval for insurance to cover it, more studies will need to be done.

"It's not just depression, there's bipolar depression, there's possible treatment of anger, there are other things that potentially Botox could be used for in mental health," he said. "There are millions of people who are depressed, who've tried antidepressants and talk therapy…maybe even shock therapy… if it helps them, this would be great to have one more tool in the little toolkit box of the physician to help them."