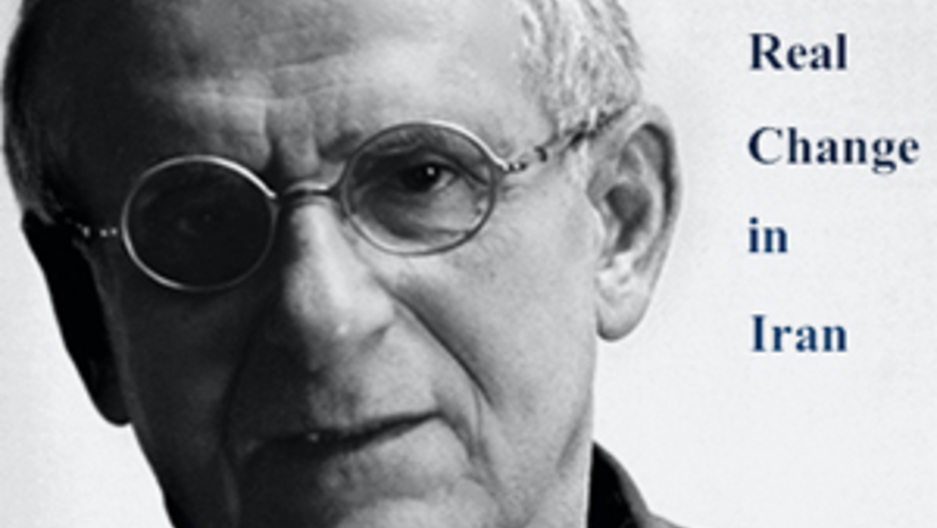 Share
This year's Iranian presidential election may be headed for a town near you, courtesy of Dr. Hooshang Amirahmadi. The 65-year-old Iranian-American is a professor of public policy and international development at Rutgers University in New Jersey. He's also running for president of Iran, and campaigning has recently taken him to Berkeley, Blacksburg, VA; New York City, Ireland, and Scotland. He's made some waves recently in international and social media, but there are still a lot of hurdles between him and the presidency. At the beginning of February, Hooshang Amirahmadi hosted his first Ask-Me-Anything. It's a forum on the well-trafficked website Reddit where pretty much anyone can sign up and talk about anything. A lot of people have done them – Barack Obama, Ira Glass, Anthony Weiner — post-disgrace. And Amirahmadi generated enthusiasm; he got fewer questions than Obama, but more than Glass and Weiner. It's part of a campaign strategy that Amirahmadi's pretty excited about. "This is the most innovative thing anybody has ever done," he says. "It is not just innovative within the Iranian expatriate community, it is innovative among any community." Part of what excites Amirahmadi is the idea of creating what he calls Iran's 31st province—a voting block of expat Iranians. "That may not be a bad thing," says Naghmeh Sohrabi, a professor of Middle East History at Brandeis. "Taking the elections inside Iran seriously and then campaigning among the diaspora community— it could be, depending on how it goes, the beginning of new type of politics for the diaspora community." The Reddit appearance sparked a bunch of articles and offers to speak. I caught up with Amirahmadi a few weeks ago in the lobby of a Hilton in Midtown Manhattan. It was the fourth interview he'd done that day; he'd flown back that morning from campaign stops in Scotland and Ireland. At an event last Friday at the University of California, Berkeley, Amirahmadi laid out his platform for improving U.S.-Iran relations and jumpstarting economic development in Iran. It's unclear how much traction this platform has in or outside of the country. Outside–in Amirahmadi's 31st province–his candidacy is not a slam dunk. Somewhere around 300,000 ballots were cast outside of Iran in 2009. And opinions vary widely among these expats. Many Iranians in the U.S., who fled 1979's revolution, are suspicious of Amirahmadi's contacts with the regime–contacts he's made in an effort to improve US-Iran relations. Mahnaz Afshar, who went to the Berkeley event, acknowledges Amirahmadi's credentials, but says that's not enough. "He's written many books, but that's different than living in a country where you hardly have enough money to support your family. My thing was: if I couldn't connect with him, how could people in Iran create this connection with him." It will, of course, be hard to make the connections with people in Iran while he's in America. Although he's traveled back to Iran regularly, Amirahmadi has spent most of the last 38 years in the US. But he argues that's good: for one thing, he's not caught up in Iran's rancorous political infighting. And he says he's perfectly positioned to start repairing relations between Iran and the US. "I am well acquainted with both cultures," Amirahmadi says. "I know when they say A what they mean, when they say B what they mean, on both sides. So I am in a better position to create that little trust that has to be developed before anything." Even if he can convince voters to trust him, Amirahmadi still has to convince the Guardian Council to let him run. The powerful body made up of six theologians and six jurists decides which candidates can run. In the last presidential election it green-lighted four out of 475 hopefuls. "Let's just put it this way: it would be a really fascinating development if the Guardian Council approves his candidacy," says Naghmeh Sohrabi of Brandeis. Amirahmadi's response to doubters? Be careful when you make predictions about Iran.