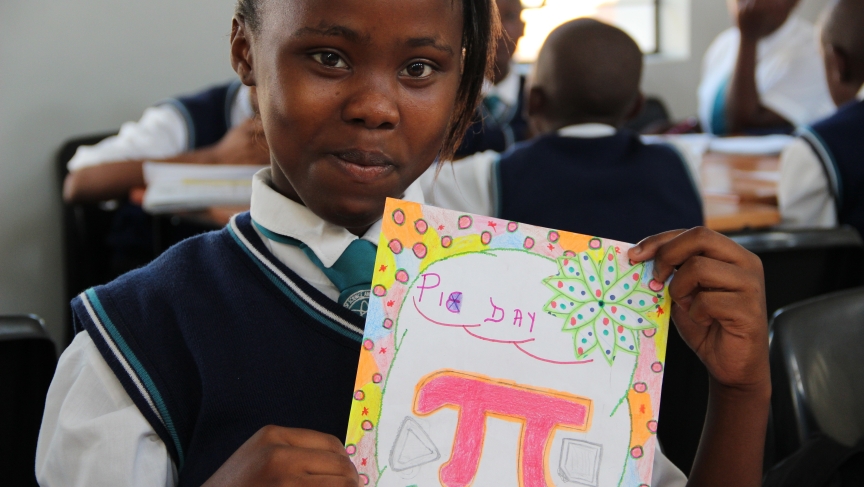 Yesterday was Pi Day, when nerds around the world celebrate the ratio of a circle’s circumference to its diameter. (Pi, of course, begins with 3.14, hence 3/14 is Pi Day.)

On Wednesday, students at COSAT created posters to honor that most famous of non-repeating, irrational numbers, and hung the posters around the school. This, no doubt, further solidified the school’s standing as Khayelitsha’s top geek haven.

Then, yesterday afternoon, the school held a contest to see who could recite the most digits of pi from memory. I’m told that the contest spilled over into today (perhaps because the students were reciting for hours?), so I’m still awaiting word of a winner and a final tally.

The students were clearly excited about Pi Day. But they were even more excited about Pi Day being “pie day.” The school splurged on some meat pies – chicken and mushroom, steak and kidney, and cheeseburger – enough for every student to have some. The flaky, stuffed treats can be found at just about every corner store and gas station in the country, usually for about $1.25, and I’ve yet to meet a South African who doesn’t love them.

Pies and pi – basically, it was a COSAT student’s dream day.

Now if only they’d finish reciting, and tell me who won!