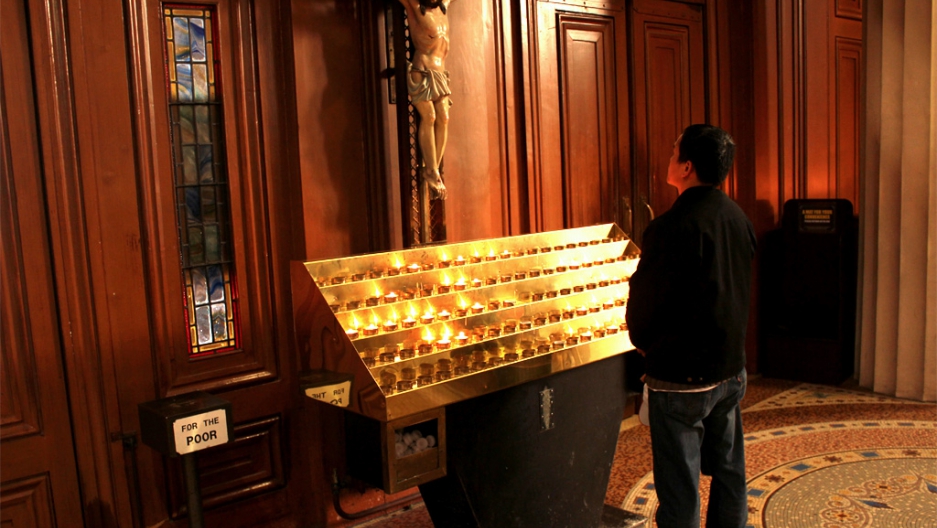 DUBLIN — The morning after being selected to lead the world's 1.2 billion Catholics, Pope Francis returned to the Roman hotel where he stayed during the conclave to retrieve his luggage and pay his bill.

It was one of the new pontiff's personal, everyman gestures that drew notice from Jesuit priests in Ireland. They see in Francis a leader, shaped by the Jesuit tradition, capable of reorienting the Catholic Church's relationship with its members.

These Jesuits say Francis has the opportunity to shake up a hierarchical institution tainted by infighting, scandal and extravagance. Headlines about the church now focus on issues that divide liberals and conservatives. But the Jesuit priests hope Francis will focus on combating problems like the growing wealth gap worldwide.

“We are delighted not just for ourselves, but that somebody with this kind of thinking might have a good influence on the church and liberate the best in the church,” said Fr. Brian Grogan, one of 14 Jesuits living in a Jesuit community in central Dublin. “An awful lot of talent in the church never gets to light because of control.”

Jesuits, members of a 500-year-old Catholic religious order, are best known as educators, having founded scores of schools, colleges and universities around the world. Still, members of the order typically eschew positions of authority within the church hierarchy. Frances is the first Jesuit to be elevated to pope.

Fr. Michael O’Sullivan said that he and his colleagues were moved by the conclave's decision.

"This was a quite hopeful sign because it shows there is a desire for change, a level of change that might not have been anticipated beforehand,” O'Sullivan said.

That's why Fr. Kevin O'Higgins also expects the 76-year-old Francis to provide a new agenda for the church during the next few years.

"I think the cardinals said, 'Enough is enough,' and it's his time to start anew," said O'Higgins.

In his first public appearance as pope, Francis wore a white cassock without adornment. He then bowed his head to the crowd gathered at the Vatican and prayed with them. Later, he traveled by bus rather than special car, signaling that he is one bishop among many. All of these signs, the Irish Jesuits said, offered hope that Francis would be a reformer.

“I don’t think he would launch a frontal attack on clericalism, but I think that anyone who feels uncomfortable with the simplicity of the gospels could find Rome a bit of an awkward place to be,” said Fr. Brian Grogan. “With poverty goes a kind of pure-mindedness. ‘I am not in this to make money,I am not in this to be a show. I am just in this in order to do whatever God wants done.’”

The Irish priests said that Vatican leaders previously have criticized Jesuits for being too progressive in their ideals, too trusting in the laity and too imaginative in their devotion. As a result, the selection of a Jesuit as pope caught them by surprise. But they expect some of Francis' efforts at reform to be behind the scenes. Grogan said Jesuits aren't the type to air dirty laundry in public.

More than anything, the Jesuits said Francis will be ‘doing’ more than ‘saying.’

"What will be interesting to see is how he avoids becoming a prisoner of the Vatican" as he tries to deliver change, Higgins said.

More from GlobalPost: A Global Church: The world's 1.2 billion Catholics look to a new pope to heal a church in crisis