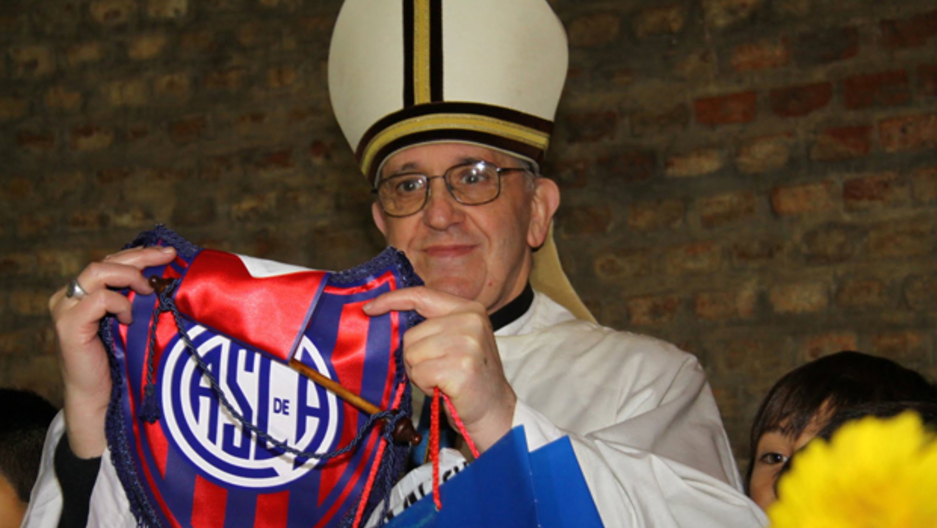 Argentine Cardinal Jorge Bergoglio poses with a jersey from the San Lorenzo soccer club, of which he is known to be a fan, in this undated handout photograph distributed by the club on March 13, 2013, after Bergoglio was elected as the new Pope. Pope Francis, the former Cardinal Jorge Bergoglio, delivered his first blessing to a huge crowd in St Peter's Square on Wednesday night, asking for the prayers of "all men and women of good will" to help him lead the Catholic Church. REUTERS/San Lorenzo soccer club/Handout (ARGENTINA - Tags: RELIGION SPORT SOCCER) ATTENTION EDITORS - THIS IMAGE WAS PROVIDED BY A THIRD PARTY. FOR EDITORIAL USE ONLY. NOT FOR SALE FOR MARKETING OR ADVERTISING CAMPAIGNS. THIS PICTURE IS DISTRIBUTED EXACTLY AS RECEIVED BY REUTERS, AS A SERVICE TO CLIENTS - RTR3EY7L

Share
Fans of the San Lorenzo professional soccer team in Buenos Aires are ecstatic about the new pope. The former Cardinal Bergoglio is a longtime fan of San Lorenzo. Anchor Marco Werman gets the details from The World's William Troop.