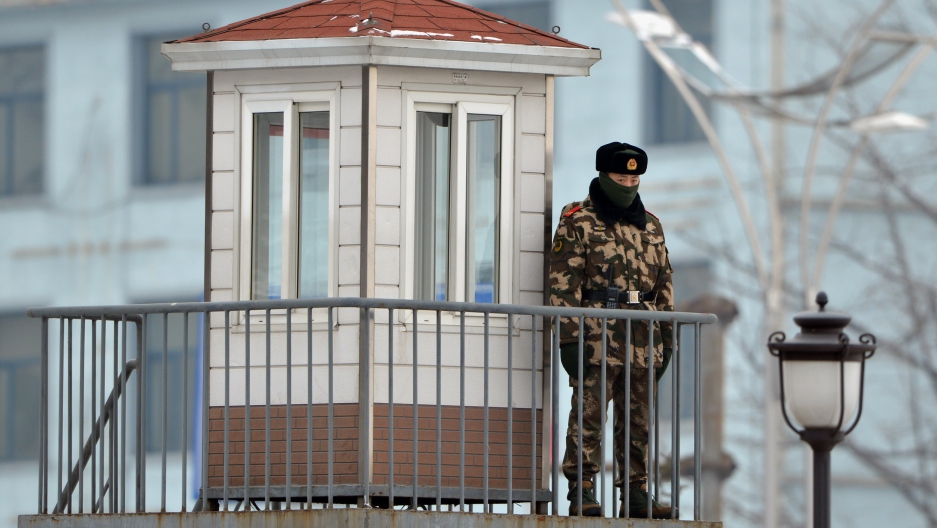 A paranoid Communist Party-run state that's heavily influenced by and dependent on Beijing, North Korea bears a meaningful resemblance to China at an earlier stage in its development.

And, like any good little sibling, North Korea often exploits its big brother’s protection in order to act out.

“I don’t think [these sanctions] will change relations between North Korea and Beijing,” said Leonid Petrov, expert on North Korean research at the Australian National University.

“As long as South Korea is a US ally, as long as North Korea is not collapsing or showing signs of instability, and as long as the regime is strong in [the North's capital] Pyongyang, they understand that, as a buffer state, North Korea gives them security in the northeast corner.”

Indeed, China has already squashed some Americans’ optimism that the sanctions represented a new chapter in Beijing’s foreign policy. On Monday, Foreign Minister Yang Jiechi said China continues to believe sanctions are not “the fundamental way to resolve the relevant issues,” and stressed — as China has in the past — that dialogue is the only way forward with the country officially called the Democratic People's Republic of Korea (DPRK).

Nevertheless, Beijing’s frustration with Pyongyang is real. The Chinese government has made a point of allowing unusually strident public criticism of North Korea in the media. In the state-run Global Times, outspoken retired Maj. Gen. Luo Yuan recently warned the country, "if you harm our national interest then we'll get even with you." On Sina Weibo, China's version of Twitter, many Chinese have called for scrapping the alliance with North Korea, saying its belligerence has made it into a liability and embarrassment.

But analysts say there’s still too much at stake for China to want to crack down on Kim Jong Un. Isolated from the rest of the world and sharing a 900-mile border with China, North Korea’s fragile, broken economy depends entirely on its giant neighbor for life support. Seventy percent of North Korea’s trade is with China, totaling nearly $6 billion last year. Chinese companies invest substantially in its telecommunications and infrastructure. North Korea’s oil supply — crucial for its massive military — comes through China.

More GlobalPost analysis: Is North Korea all talk, no action?

Beijing fears, perhaps rightly, that seriously enforcing sanctions could cause its client state to crumble, setting off a catastrophe on the Korean peninsula: war, refugees, the loss of a strategic buffer between South Korea and the US.

“Beijing’s logic has always been that any tough policy measures directed at the DPRK could cause the regime to collapse, and China, obviously, was not and is not ready for that,” writes Ouyang Bin, a fellow at the Asia Society, a global nonprofit.

“China’s government, facing millions of episodes of social unrest and trying hard to maintain its economic miracle, doesn’t want the kind of surprises a collapsed North Korean regime would bring.”

China, in short, will not push North Korea so far that it topples, even if public opinion is swinging against the pariah state.

As a result, experts say the new UN sanctions — which Pyongyang formally rejected March 9 — are unlikely to have much teeth. Demanding an end to North Korea's nuclear arms program, the sanctions target several DPRK companies and institutions thought to be involved with selling weapons and ballistic missiles. (They also aim to restrict imports of luxury goods like yachts, cars and jewelry.) But enforcement depends on China, which has backed previous sanctions against North Korea but has shown little enthusiasm to enforce them.

As experts at the Washington, DC-based independent research group, the Peterson Institute of International Economics, point out, the sanctions also leave plenty of wiggle room for China to claim it lacks the "credible information" needed to stop the flow of money and weapons into and out of the DPRK.

“If the Chinese government chooses to enforce resolution 2094 rigorously, it could seriously disrupt if not end, North Korea’s proliferation activities. Unfortunately, if past behavior is any guide, this is unlikely to happen,” write Peterson's Marcus Noland and Stephan Haggard.

Stuck for the moment with its recalcitrant ally, Beijing's challenge is it must appear to get tough in order to build international goodwill, while nevertheless keeping North Korea close to its breast.

Otherwise, as Nathan Beauchamp-Mustafaga, an analyst at the London School of Economics, writes, Beijing fears it could quickly go in search of another benefactor — perhaps even the United States.

“From China’s perspective, the paradox of Chinese leverage is that the more China pressures North Korea, the less influence China has over North Korea and the more likely Kim Jong Un is to court President Obama, if only the US government returned the sentiment.”