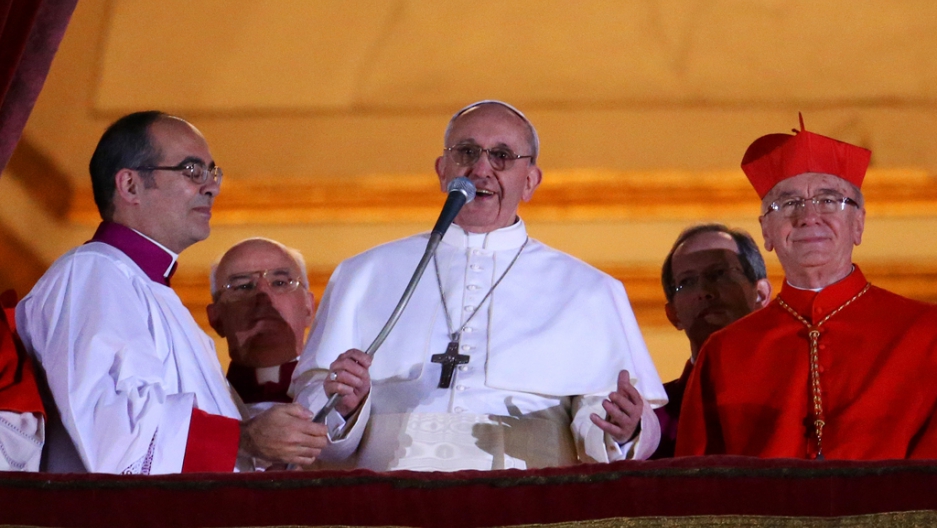 GlobalPost co-founder Charles Sennott covered the Vatican for many years and has written three books on the global church. Speaking from New York, he commented on the selection of Cardinal Jorge Mario Bergoglio as the new pope today:

The thing to know about Cardinal Bergoglio is that he has often been regarded as the conscience of the church in terms of the costs of globalization on the world's poor. In this sense, he is very much the first pope in history to emerge from the developing world, an embodiment of the fact that the church is growing in Latin America and Africa while it is dwindling in Europe and America.

More than 40 percent of the world's Catholics live in Latin America. So this is a big moment, and it lands with a good deal of history that revolves around the global economy.

During Argentina's severe economic crisis, Cardinal Bergoglio spoke out forcefully on behalf of the poor and is highly regarded in Argentina for doing so. While he has spoken out on behalf of the poor and struggling, he avoided many of the theological and political pitfalls that have befallen other cardinals in Latin America. He came of age at a time when Liberation Theology was a deep dividing line in the church with Pope John Paul II cracking down on the Marxist leanings of the movement.

But Bergoglio is seen to have found a different kind of theology that focused on Jesus's message to have a penchant for the poor without making the plea political or informed in any way by Marxist theology. He will be a very interesting pope for this moment in time as rising economic inequality is one of the great moral issues of the day.

More from GlobalPost: A Global Church: The world's 1.2 billion Catholics look to a new pope to heal a church in crisis