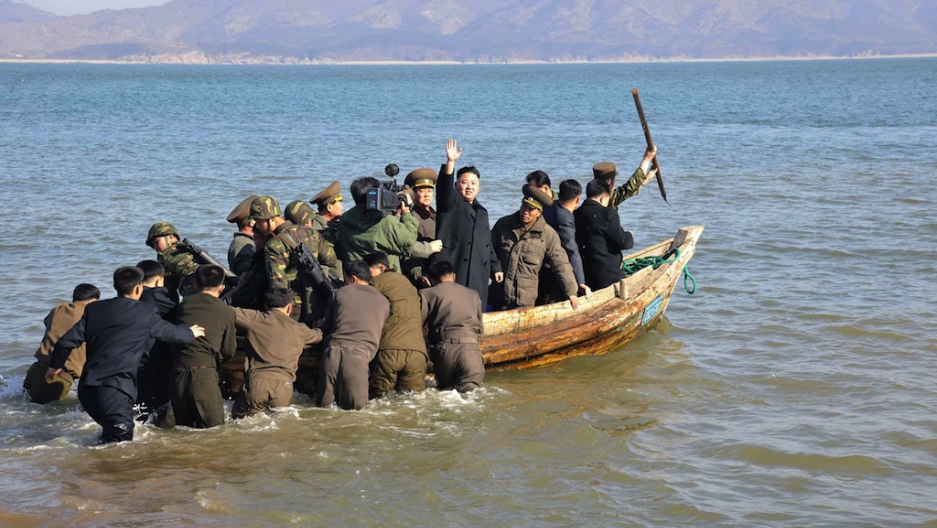 SEOUL, South Korea — If North Korea decides to back up its words with action, what could it really do?

Most experts agree a full-blown war or a nuclear attack on the peninsula is off the cards. But the two Koreas have dialed up the rhetoric over the past week, raising fears that Pyongyang could launch a quick but containable provocation against the South in the coming months.

Last week, the North threatened to exercise what it called a “right” to a preemptive nuclear attack in response to the United Nations’ decision to expand economic sanctions.

The situation could worsen following the US State Department’s announcement Tuesday that it will expand its own restrictions on four North Korean officials and the Foreign Trade Bank of North Korea.

But on Tuesday, North Korean leader Kim Jong Un issued a more specific, credible threat at the West Sea, also known as the Yellow Sea. It’s a disputed frontier off the west coast of the peninsula, now occupied by the South.

The Supreme Leader proclaimed to artillery troops stationed near the coast that "war can break out right now,” state media reported. He told the military to make preparations to turn Baengnyeong, an island that is home to 5,000 residents, into “a sea of flames.”

Usually, Korea watchers would overlook the remarks as prosaic chatter from a regime that’s big on talk. But there’s cause for worry this time: since the mid-1990s, North Korea has occasionally followed through when it comes to the West Sea.

“The point is to keep the money coming from the South by threatening it,” he added, referring to South Korean aid.

A military skirmish could come “before the end of the year,” he said. “It’ll be something minimal, something containable, because they cannot make a surprise attack and then win a full-scale war.”

Officials at the South Korean Defense Ministry, however, said Tuesday they did not believe North Korea would follow through on its threats.

But Pyongyang has set a precedent. It launched two confrontations in the West Sea in 2010 — at one point bringing Seoul to consider staging retaliatory air strikes, former President Lee Myung-bak admitted in a newspaper interview last month.

North Korea has never recognized the Northern Limit Line (NLL), the official name for the maritime boundary. It claims the United Nations marked it arbitrarily after the Korean War of 1950 to 1953.

But the South feels that holding its ground in the West Sea is necessary. Should the NLL be moved farther south, Seoul fears its territory could be vulnerable to surprise attacks, writes Roger Cavazos, an associate at the Nautilus Institute, a California-based think-tank.

More GlobalPost analysis: Why China won't turn its back on North Korea

The demarcation places in South Korean territory the five islands of Yeonpyeong, Baengnyong, and Daecheong, and two others. The former three are located in an awkward position off the west coast of North Korea.

In the late 1990s, North Korea redrew the line on its own terms, partitioning the islands into its own sphere.

The North began sending small boats south in a show of sovereignty. Two naval clashes broke out in 1999 and 2002 during crab fishing season, when North Korean patrol boats and fishing ships crossed the line and tried to ram into South Korean counterparts.

During the 1960s, North Korea occasionally sent commandos to infiltrate the south to terrorize civilians. In the late 1970s and 1980s, the spies turned to terrorism tactics — kidnapping foreign citizens in Japan, bombing civilian airplanes, and smuggling drugs via North Korean embassies overseas.

But now that North Korea is pouring resources into its expensive nuclear program, the regime would prefer to threaten outsiders with bombs rather than conventional military force, analysts say.

The occasional flare-up in the West Sea reminds South Korea what the Kim clan is capable of — should it not receive much-needed aid from Seoul. Call it the blackmail state.