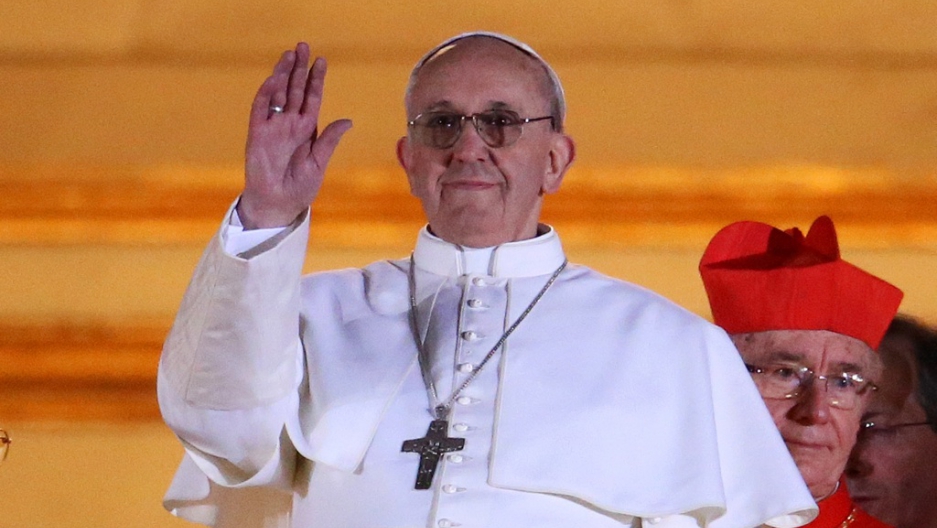 Jorge Mario Bergoglio, of Argentina, has been named the new leader of the Catholic Church. He will go by the name Pope Francis.

Bergoglio is the archbishop of Buenos Aires, and has spent most of his 76 years in his home country, modernizing Argentina's conservative churches, according to the Globe and Mail. He was reportedly the second most-voted candidate in 2005 behind Pope Benedict XVI.

He is also the first Jesuit pope in the Church's history, the Washington Post reported.

A former literature and psychology professor and the youngest son of an Italian railroad worker, Bergoglio attended the Philosophical and Theological Faculty of San Miguel and was ordained on December 13, 1969.

Pope Francis I is the oldest of the possible candidates, and was not a front runner in early discussions of who would succeed Benedict, according to GMA News.

The 76-year-old cardinal is very economically conservative, choosing to take the bus and cook  his own meals, as well as living in a small apartment instead of the papal mansion in Buenos Aires, the Washington Post reported.

"He never dresses like a cardinal," Gregory James Venables, a close friend of Bergoglio's who heads the Anglican Church in southern South America, told the Houston Chronicle back in 2005. "It's not to be scruffy. But that's his character. He is very, very, very humble."

He has been profoundly dedicated to eradicating poverty, according to the National Catholic Reporter, which called him "a voice of conscience" and "a potent symbol of the costs globalization can impose on the world's poor" during Argentina's economic crisis.

When he was appointed to the cardinalate in 2001, Bergoglio also "persuaded hundreds of Argentineans not to fly to Rome to celebrate with him but instead to give the money they would have spent on plane tickets to the poor," the Guardian reported.

He is also staunchly opposed to gay marriage, which was legalized in Argentina in 2010. He called it a "destructive attack on God’s plan," the New York Times reported.

A Guardian op-ed from 2011 also accused the Argentine church of being complicit in the country's "dirty wars" which left thousands dead:

The most shaming thing for the church is that in such circumstances Bergoglio's name was allowed to go forward in the ballot to chose the successor of John Paul II. What scandal would not have ensued if the first pope ever to be elected from the continent of America had been revealed as an accessory to murder and false imprisonment.

He does, however, have a more progressive view on contraception, saying that it is permissible in order to prevent the spread of sexually-transmitted diseases, according to the Guardian.