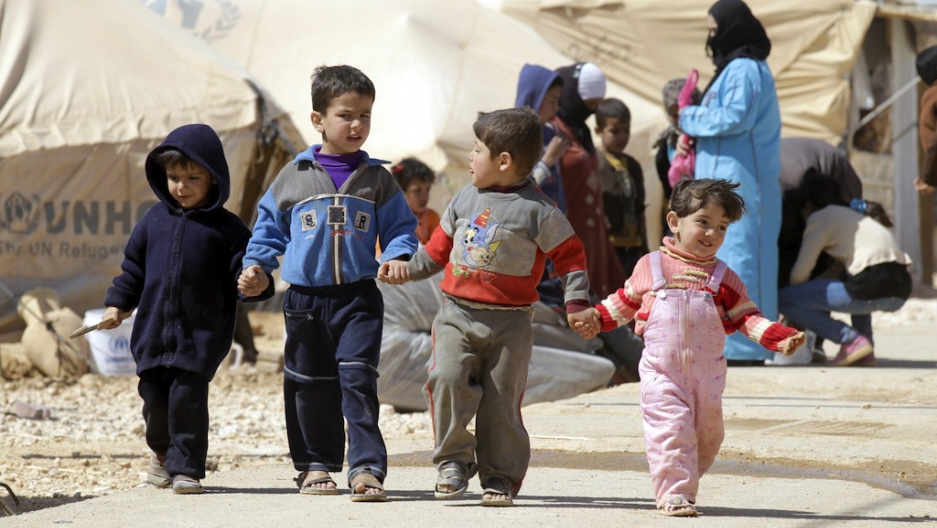 Syrian children walk amid tents at the Zaatari refugee camp, near the Syrian border with Jordan in Mafraq on March 7, 2013.
Credit: Khalil Mazraawi
Share

Children are being recruited to fight Syria's war, with both rebel and government forces using young boys as soldiers, and in some cases as human shields, a UK-based charity said Wednesday.

To mark the second anniversary of the violent rebellion against President Bashar al Assad, Save the Children issued a report, "Childhood under fire: the impact of two years of conflict in Syria," in which it said that 2 million Syrian children now need assistance.

"There is a growing pattern of armed groups on both sides of the conflict recruiting children under 18 as porters, guards, informers or fighters," the report said.

"For many children and their families, this is seen as a source of pride. But some children are forcibly recruited into military activities, and in some cases children as young as eight have been used as human shields," the report added.

Many Syrian children suffer malnutrition, and having witnessed a conflict the UN says has claimed 70,000 lives, also suffer from severe trauma.

"This is a war where women and children are the biggest casualty," chief executive Justin Forsyth told Reuters in Lebanon, home to about 340,000 Syrian refugees.

"All these children tell you these stories in a matter of fact way and then you realize that there are layers and layers of emotional trauma there," Forsyth added.

More from GlobalPost: Devastating collection of interviews with young children inside Syria

On Tuesday, a UNICEF report titled "Syria's Children: A lost generation?" said the civil war, having displaced millions and devastated the country's infrastructure and ability to provide basic services, "risks leaving an entire generation of children scarred for life."

In Aleppo, a city that has seen months of intense fighting, only six percent of children go to school, the report said, according to NPR.

“As millions of children inside Syria and across the region witness their past and their futures disappear amidst the rubble and destruction of this prolonged conflict, the risk of them becoming a lost generation grows every day,” said UNICEF Executive Director Anthony Lake.