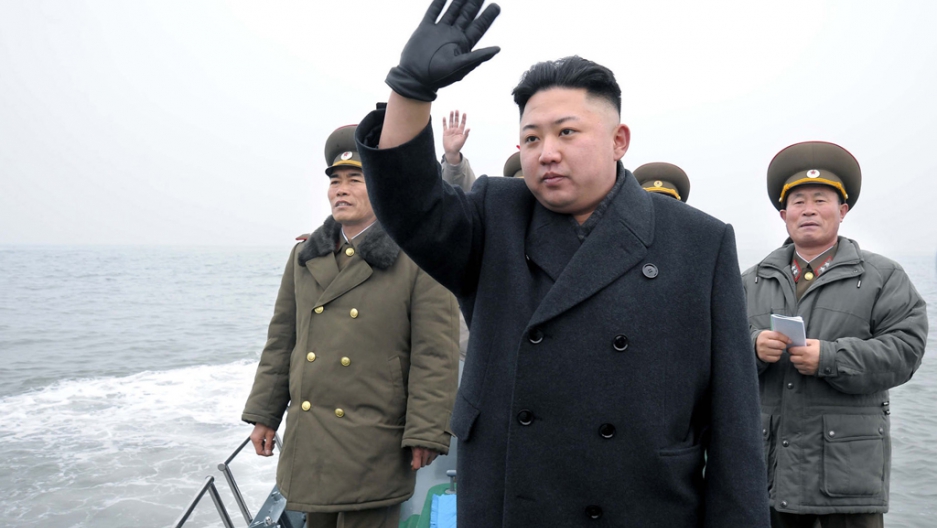 SEOUL, South Korea — North Korea has threatened to "wipe out" a small South Korean island in the latest escalation of rhetoric on the Korean peninsula.

Speaking during a visit to border artillery units on Monday, North Korean leader Kim Jong Un identified Baengnyeong Island as a priority target in the event hostilities break out.

"Once an order is issued, you should break the waists of the crazy enemies, totally cut their windpipes and thus clearly show them what a real war is like," the Korean Central News Agency reported Kim as saying.

His visit coincided with the beginning of a joint military exercise by the United States and South Korea, an annual drill that prompted the North to cut a hotline with the South and nullify the Korean War armistice and all nonaggression pacts signed with the South.

Although many dismiss threats and warnings from North Korea as bluster, the threat to Baengnyeong's 5,000 civilian residents is credible and is not without precedent, France 24 noted. The North Korean military sank a South Korean naval vessel near the Yellow Sea island in 2010, killing 46 people.

"The United States will not accept North Korea as a nuclear state," President Barack Obama's national security adviser, Tom Donilon, said on Monday. "Nor will we stand by while it seeks to develop a nuclear-armed missile that can target the United States."

He continued, "North Korea’s claims may be hyperbolic — but as to the policy of the United States, there should be no doubt. We will draw upon the full range of our capabilities to protect against, and to respond to, the threat posed to us and to our allies by North Korea."

The Yellow Sea, also known as the West Sea, has been the most common flash point between North and South since the 1990s. Kim Jong-un's decision to visit the west coast and threaten the area is probably intended to remind South Koreans of what he's really capable, said a former North Korean military commander who asked not to be named, fearing reprisals against his family still in the North.

The threat is far different from last week's nuclear posturing, which experts agree was a theatrical attempt by the hermit state to extract concessions from the outside world. Although the North Korean navy is equipped mostly with dilapidated Soviet-made vessels, Pyongyang has previously been willing to send a few patrol boats on suicide missions to harass southern ships.